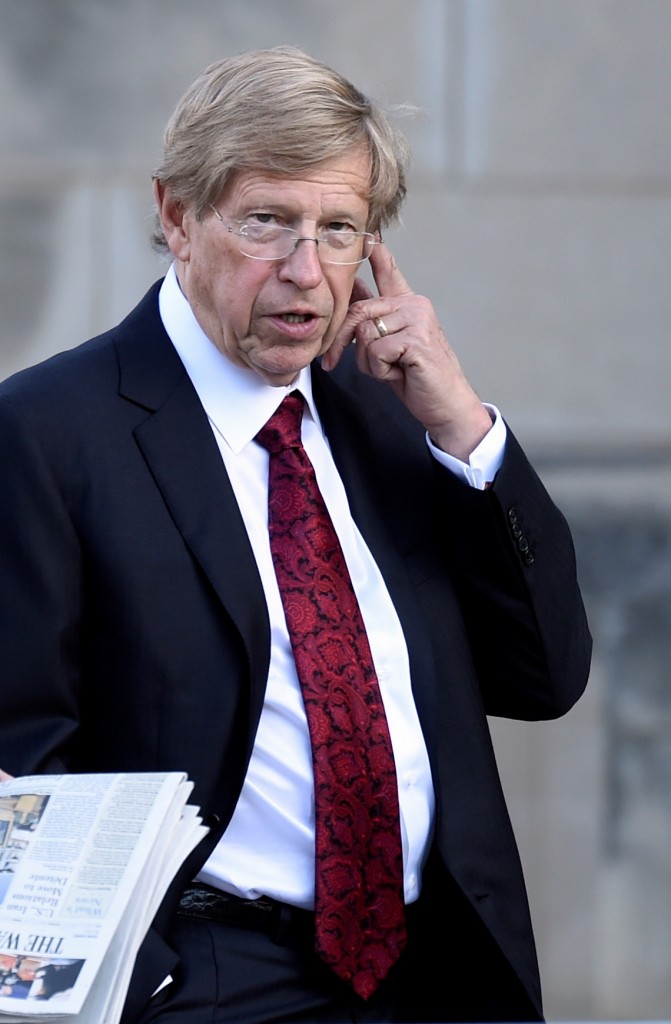 Legal titan Ted Olson has signed on to help Apple Inc. fight a court order requiring the tech giant to assist the FBI in unlocking a phone belonging to one of the San Bernardino, Calif., terrorists, court records show.

Olson’s involvement underscores the potential historic nature of the legal dispute, which pits issues of national security with those of consumer privacy.

At the FBI’s request, a U.S. judge in Riverside, Calif., on Tuesday ordered Apple to help with a key part of the San Bernardino probe by developing software to hack into one of its own devices, an iPhone 5c, used by gunman Syed Rizwan Farook. Farook and his wife, Tashfeen Malik, killed 14 people and wounded 22 others before dying in a shootout with police.

Apple Chief Executive Tim Cook has said that obeying the order would set a dangerous precedent, and that creating a “backdoor” to its own security systems could compromise the security of billions of customers.

“Up to this point, we have done everything that is both within our power and within the law to help them,” Cook wrote in a letter published on the company’s website. “But now the U.S. government has asked us for something we simply do not have, and something we consider too dangerous to create.”

Olson and Theodore J. Boutrous Jr. are the attorneys of record representing Apple, according to a court filing.

Olson is best known for successfully arguing on behalf of George W. Bush in the Supreme Court case Bush vs. Gore, which decided the 2000 presidential election.

The Bush vs. Gore decision handed the presidency to Bush over then-Vice President Al Gore by putting an end to ballot recounts of Florida’s disputed election results.

Olson has also held several government offices, including assistant attorney general for the office of legal counsel under President Ronald Reagan from 1981 to 1984 and solicitor general under Bush from 2001 to 2004.

His wife, Barbara, a lawyer and conservative commentator, was killed in the terror attacks of Sept. 11, 2001. She was a passenger aboard American Airlines Flight 77, which crashed into the Pentagon.

In the government motion, the FBI argued that Farook intentionally disabled the phone’s iCloud backup function six weeks before the Dec. 2 terror attack at the Inland Regional Center. Any communications during that time that may be linked to the shooting, as well as location data that might help the FBI map the movements of Farook and his wife before and after the attack, are accessible only through the phone itself, the government said.

Investigators were able to retrieve some data from previous iCloud backups, and companies like Apple normally comply with requests to retrieve cloud data because they do not involve giving the government access to company servers or altering software.

The San Bernardino County Department of Health, which employed Farook, actually owned the device and gave the FBI permission to search it, according to court filings.

The court order handed down Tuesday would require Apple to provide the FBI with a “recovery bundle,” a file that would reboot Farook’s device while disabling the auto-erase feature that would normally be activated after 10 incorrect log-in attempts.

That would allow the FBI to repeatedly enter passcode guesses without risk of destroying the data on the phone.