World ANALYSIS: What’s Behind Britain’s Wrangling With the EU?
World 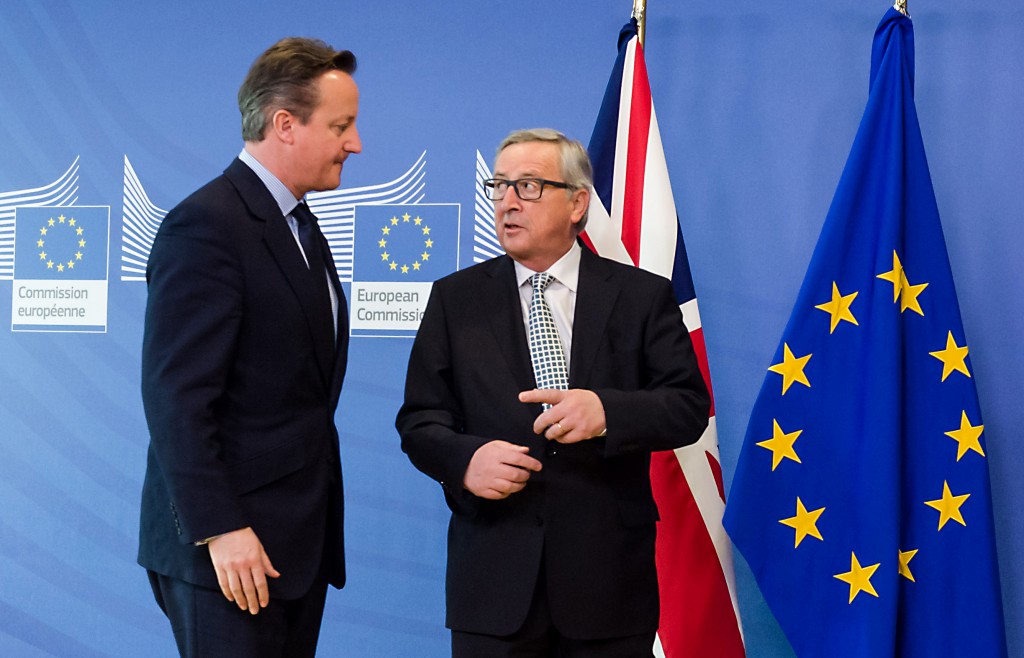 European Union leaders are holding a summit in Brussels on Thursday and Friday to hammer out a deal designed to keep Britain in the 28-nation bloc. With the stakes high and the issues complex, the AP explains the ins and outs of the U.K.-EU relationship.

What is the European Union?

Germany, France and four other nations formed the European Economic Community in 1957, determined to banish forever the bloodshed of two world wars. The grouping became the EU in 1993 and has grown into a 28-nation bloc of more than 500 million people stretching from Ireland to the Aegean Sea, with substantial powers over member states’ laws, economies and social policies. It has its own parliament, central bank and 19 EU members use a common currency, the euro.

Why is Britain Considering Leaving?

Britain joined the bloc in 1973, but many Britons feel their island nation — a former imperial power with strong ties to the United States — is fundamentally different from its European neighbors. Anti-EU Britons resent everything from fishing quotas to fruit sizes being decided in Brussels, though supporters say Britain’s economy and security are enhanced by EU membership.

The anti-EU view is especially strong in the Conservative Party of Prime Minister David Cameron. It was partly to appease his party that Cameron promised to hold a referendum on EU membership by the end of 2017.

What Could Get Britain to Stay?

Cameron argues that Britain should stay in the EU if he can get changes cutting red tape and giving individual countries more power.

This week EU leaders will try to agree on change in four areas: economic governance; competitiveness; sovereignty; and social benefits and free movement. The last section is the most contentious — Britain wants to be able to make immigrants from other EU countries wait for up to four years before they can receive some welfare benefits, notably child benefits.

Why is There so Much Focus on Child Benefits?

Since a group of former communist Eastern European nations joined the EU in 2004, more than 500,000 Poles, Lithuanians and others have moved to Britain. They receive the same benefits as British workers, including payments if they have children — even if those children live in the parents’ home country. This strikes many Britons as unfair.

EU leaders won’t agree to substantially undermine the key EU principle that citizens may live and work freely in other member states. But they are offering a tweak — an “emergency brake” that will allow Britain to restrict benefits for a period if the U.K. can show its social welfare system is under pressure.

Cameron says curbing benefits will cut the number of migrants coming to Britain, though this is debatable. Many workers are drawn less by the promise of benefits than by Britain’s relatively dynamic economy and high wages.

Will EU Leaders Reach an Agreement?

Other EU countries value Britain for its diplomatic and economic clout and because it provides a counterweight to France and Germany. But they get frustrated with its constant demands. European Parliament President Martin Schulz said recently that some EU politicians privately think: “Don’t stop a rolling stone. If the Brits want to leave, let them leave.”

There is a general desire to help Britain, but some sticking points remain. Eastern European nations don’t want other countries to be able to use the brake on benefits offered to Britain, while countries in the single currency worry that protections for Britain and other non-eurozone nations unduly give advantage to Britain’s financial center, the City of London.

If there is a deal in Brussels, Cameron is expected to announce a referendum date as soon as Friday, with June 23 the most likely option. That will set off months of campaigning by “remain” campaigners — led by Cameron — and a broad but fractious “leave” group.

The referendum’s outcome is hard to predict, because there is little precedent — Britain hasn’t had a referendum on Europe since 1975. Opinion polls were notoriously inaccurate about Britain’s 2015 election, and vary widely. Some show a lead for the “remain” side, while others put “leave” ahead.