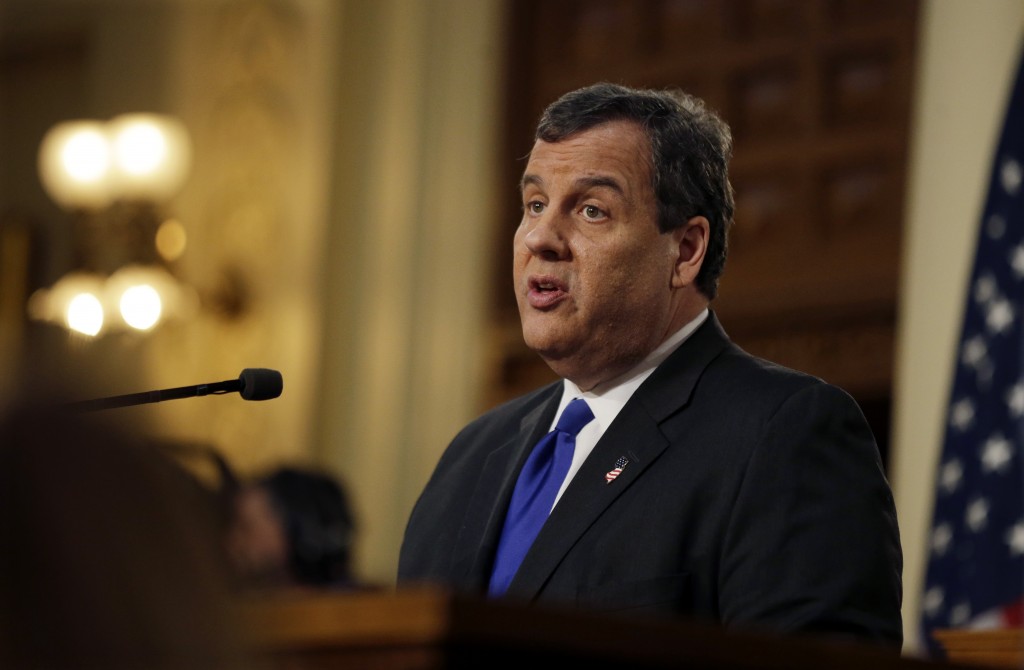 A week after ending his Republican presidential nomination bid, Gov. Chris Christie on Tuesday proposed a $34.8 billion budget with no new taxes and invited the Democrat-led Legislature to work with him on the state’s biggest issues, from road and bridge funding to an underfunded public pension.

His proposed budget increases funding for the pension to $1.9 billion, but leaves for later a solution for the state’s troubled transportation fund.

In a 40-minute speech at the Statehouse, Christie implored Democrats not to count him as a lame duck for the remaining two years of his term, and he called attention to the times when he and lawmakers worked successfully in the past.

“Are we going to waste those days on partisanship and politics, or will you work with me to use those 630 days to help bring relief to our overburdened taxpayers?” he said.

Christie called for fixing the state’s road and bridge fund, which could run out of money for repairs by this summer, but said it must be done in a way that’s fair to taxpayers. He has said he would not consider tax increases without lowering rates elsewhere.

Christie said that it’s a politically driven mischaracterization to imply that the trust fund is in crisis, and said the administration is looking for ways to control costs and waiting for “realistic proposals from lawmakers.” Christie’s former transportation commissioner, Jamie Fox, told lawmakers last April that the fund was in or soon would be in crisis.

Democrats say the state’s 14.5-cent gasoline tax will have to be hiked to pay for road and bridge work, though leaders have not unveiled a plan to do so. Christie linked his opposition to tax hikes to the state’s falling unemployment rate.

In a response from Democrats, Assembly Speaker Vincent Prieto questioned some of Christie’s math and said that the trust fund is in the worst shape it’s ever been in.

Addressing the state’s underfunded public pension system, Christie slammed a proposed constitutional amendment being pushed by Democrats that calls for quarterly pension payments, saying it would put public employees ahead of other residents. Christie is also seeking cuts to health benefits for public retirees and has called for shifting costs to local governments. He’s also backed the idea of changing the plan from a defined benefit account to a 401(k)-style plan.

“This chamber cannot divide our state between government workers with huge benefits and everyday New Jersey taxpayers who not only don’t have those benefits, but also must pay for them for a privileged few,” Christie said.

Public unions say they were forced into supporting an amendment after Christie reneged on a 2011 law that proscribed specific yearly payments into the pension.

Christie has a strong position compared to the Democrat-led Legislature because the governor has a line-item veto and can strip out changes that lawmakers might make to his budget.

For example, in the current $33.8 billion budget Christie eliminated increased spending proposed by the Democrats for the pension and vetoed a tax increase on income over $1 million.

Christie said that the experience of the failed campaign has made him a better governor and person and thanked New Jersey residents for “allowing me the great privilege of running” for president. He said he owes his growth to the people of the state and intends to use it to deal with issues affecting New Jersey.

The budget also includes a nearly $94 million increase in school aid and an additional $29 million in local tax relief.

The new budget projects a nearly $800 million surplus. Most of the state’s revenue growth is projected to come from growing income and sales tax revenues.