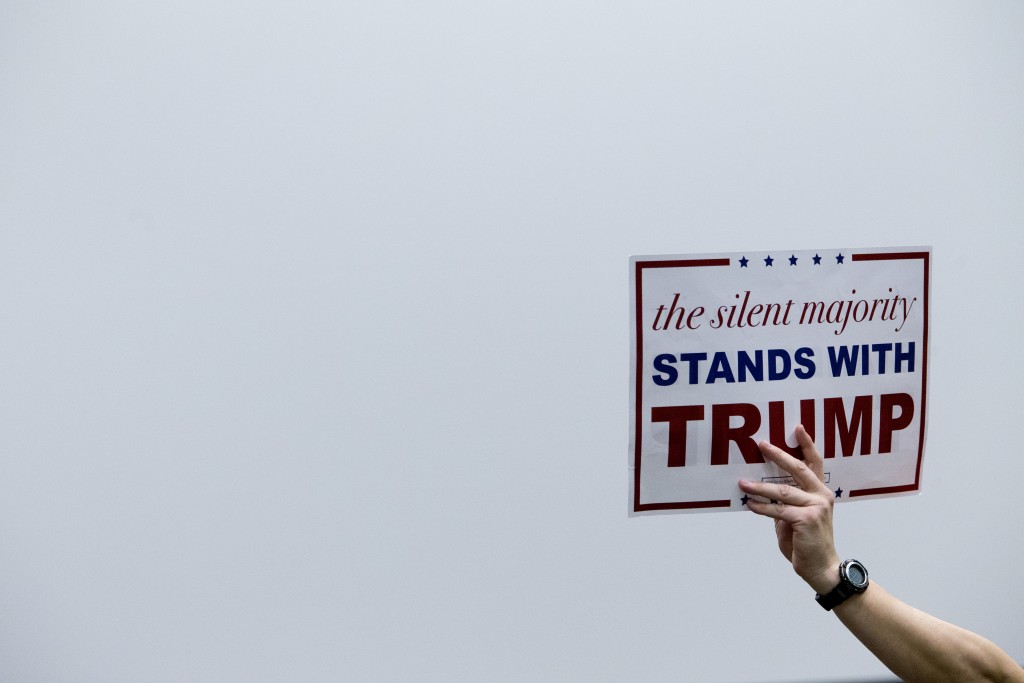 Republican presidential front-runner Donald Trump said Monday that the Republican party is breaking its pledge to stay neutral while pouncing on GOP rivals who attacked him at a weekend debate.

“I have never met people like politicians. They are the most dishonest people I have ever met,” the New York billionaire said during a stop at Mount Pleasant, S.C., hotel on Monday. “They lie, lie, lie and then they apologize.”

Trump suggested that the Republican National Committee was not honoring a pledge to not hurt his campaign if the businessman promised not to mount a third-party presidential run.

Trump was booed several times during the Republican presidential debate Saturday in Greenville, S.C., for criticizing other candidates. Trump said the debate audience was stacked with lobbyists and big Republican donors.

“I signed a pledge,” Trump said. “But the pledge is not being honored by them. … They are in default of their pledge.”

Trump, the winner of the New Hampshire primary last week, spent most of his speech to several hundred spectators Monday going after Sen. Ted Cruz, R-Texas, his closest rival in South Carolina.

He blasted Cruz for distorting his stance on the Second Amendment during the debate. Cruz has said Trump would erode gun ownership laws if elected, while Trump calls himself the biggest gun rights advocate in the race.

“I think he’s an unstable person,” Trump said of Cruz.

Trump said the Iowa Republican Party should disqualify Cruz’s win “if they had any guts.”

Cruz’s contradictions — touting his religious background while misstating other candidates’ records — are the reason he is not leading among evangelical Christian voters, Trump said.

Trump has been the favorite among evangelicals in South Carolina, which holds a Republican presidential primary Saturday.

Trump criticized President Bush during the debate Saturday. Trump noted that he lost hundreds of friends during the 9/11 attacks under President Bush and said no weapons of mass destruction were found after invading Iraq.

Jeb Bush shot back at Trump during the debate: “I am sick and tired of him going after my family. While Donald Trump was building a …..show, my brother was building a security apparatus to keep us safe. And I’m proud of what he did.”

On Monday, Trump wondered why Bush has not called for help from his brother sooner.

“I think he would have done better,” Trump said. “It’s better than exclamation points,” a reference to Bush’s campaign logo.

“The power he would bring to the office is bringing people into the party,” S.C. Lt. Gov. Henry McMaster, a Trump backer, said ahead of his speech Monday.