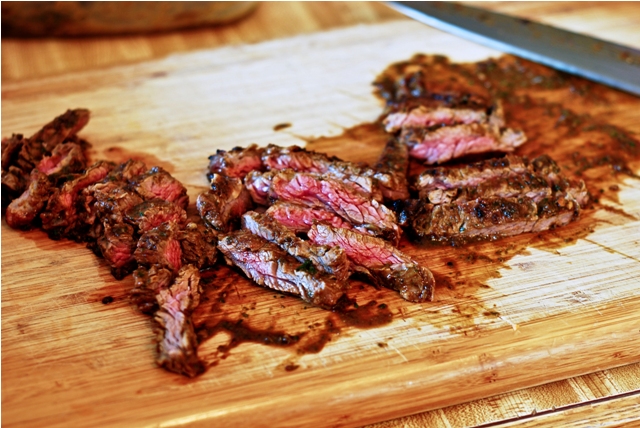 Israelis will soon have the opportunity to take a bite of a juicy, American-style steak, after Israel and the United States closed a deal to allow American beef into the country. Agriculture Minister Uri Ariel signed an agreement with U.S. Ambassador to Israel Dan Shapiro, Yisrael Hayom reported.

Although Israelis are fond of steak and hamburger – foods very much associated with the American lifestyle – the beef that goes into the foods generally comes from South America or Australia. The meat is usually shechted in slaughterhouses abroad, and then soaked and salted and shipped frozen to Israel, where it is defrosted, cut, and refrosted for sale in markets and butcher shops. In recent months, several supermarket chains, seeking lower-cost sources for beef, have begun importing meat from Poland and Romania.

In a statement, Ariel said that the agreement was reached after several years of negotiations. “All administrative and health issues have been resolved, and soon Israelis will be able to enjoy American steaks. We are also in the midst of negotiations on a free trade agreement with the U.S., and I believe that in the coming days we will have good news both for Israeli farmers and for the Israeli economy in general.”