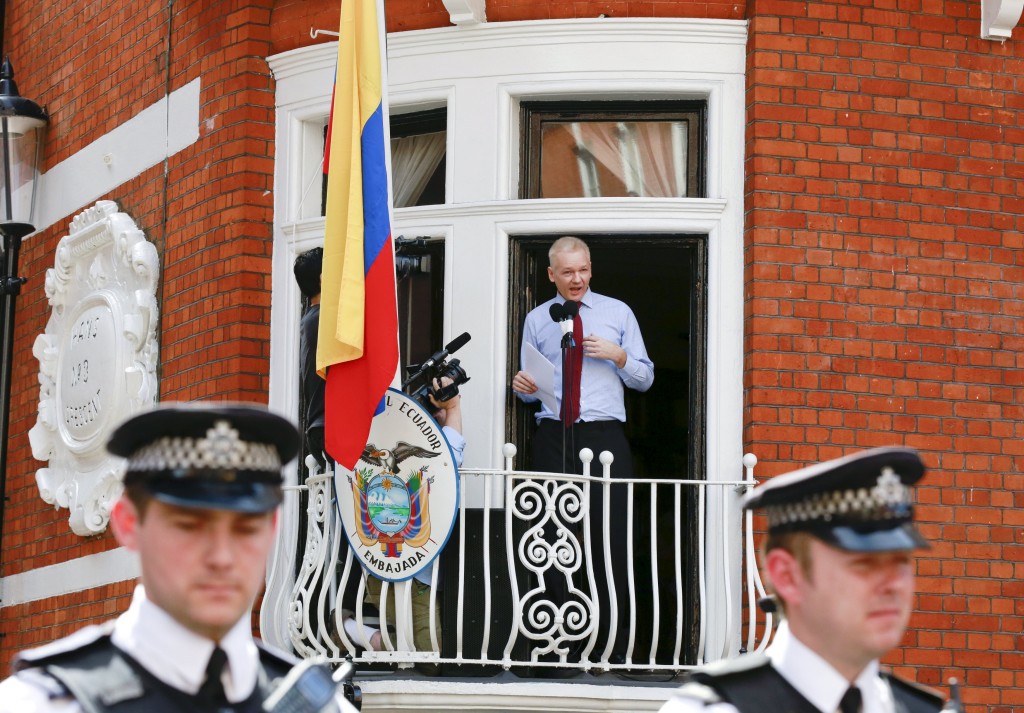 WikiLeaks founder Julian Assange will leave the Ecuadorian embassy in London, where he took refuge in June 2012 to avoid extradition to Sweden, and accept arrest on Friday if a U.N. panel investigating his case rules against him, he said in a statement.

Assange, 44, is wanted in Sweden for questioning over allegations of crimes committed in 2010, which the Australian denies.

“Should the U.N. announce tomorrow that I have lost my case against the United Kingdom and Sweden, I shall exit the embassy at noon on Friday to accept arrest by British police, as there is no meaningful prospect of further appeal,” Assange said in the statement posted on the WikiLeaks social media account.

“However, should I prevail and the state parties be found to have acted unlawfully, I expect the immediate return of my passport and the termination of further attempts to arrest me.”

British police said they will arrest Assange if he leaves the Ecuadorian embassy in London.

“The warrant is still in place. If he leaves the embassy we will make every effort to arrest him,” a spokesman for the British police said.

Assange fears Sweden will extradite him to the United States, where he could be put on trial over WikiLeaks’ publication of classified military and diplomatic documents, one of the largest information leaks in U.S. history.

The U.N. Working Group on Arbitrary Detention is currently considering a request for relief by Assange, who argued in a submission that his time in the embassy constituted arbitrary detention.

Assange argued that he had been deprived of his fundamental liberties, including lack of access to sunlight or fresh air, adequate medical facilities, as well as legal and procedural insecurity.

Assange made international headlines in early 2010 when WikiLeaks published a classified U.S. military video showing a 2007 attack by Apache helicopters that killed a dozen people in Baghdad, including two Reuters news staff.

Those disclosures were followed by the release of more than 250,000 classified cables from U.S. embassies. It would go on to add almost three million more diplomatic cables dating back to 1973.

Since his confinement, WikiLeaks has continued to publish documents on topics such as the Trans-Pacific Partnership, one of the world’s biggest multinational trade deals, which was signed by 12 member nations on Thursday in New Zealand.

A spokesman for Assange could not immediately be reached for comment.

Lennart Jansson, the Charge d’Affaires at the Swedish embassy in Canberra, declined to comment on the announcement.