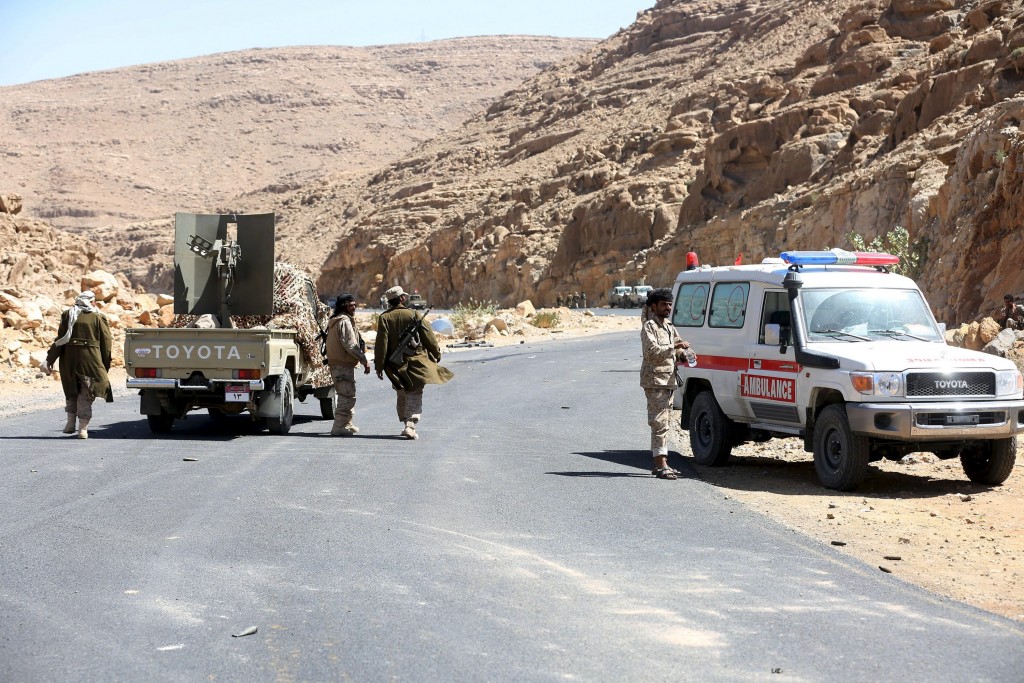 Two suspected U.S. drone strikes killed 12 Islamist terrorists overnight in southern Yemen, residents said on Thursday, including a top al-Qaida commander who may have been the new leader of Islamic State in Yemen.

One strike killed six men in a car traveling in al Rawda city in Shabwa province, a remote desert area where al-Qaida terrorists are believed to be operating. The province has been targeted by previous drone strikes this year.

Another attack hit militants in their car in the coastal Abyan province, killing six occupants, including Jalal Baleedi, a powerful field commander who is suspected of leading al-Qaida attacks on the Yemeni state.

As fighting in the country has intensified amid nine months of civil war and a military intervention by Gulf Arab states, Baleedi is believed to have recently defected from al-Qaida in the Arabian Peninsula (AQAP) and become the chief of Islamic State’s Yemen branch.

The group has claimed credit for several thwarted attacks on U.S.-bound airliners as well as the deadly assault on the office of the French satirical magazine Charlie Hebdo in January 2015.

But AQAP, seen as the deadliest branch of al-Qaida in the world, has faced ideological competition from Islamic State, which has siphoned off recruits as it launched spectacular attacks against Shiite Muslim mosques and government targets.

The United States has kept up a drone campaign against the terrorists, adding to near-daily air strikes by a Saudi-led Gulf Arab coalition, which intervened in the war last March to rout the Iran-backed Houthis and restore Hadi’s government.

Suspected U.S. drone strikes, which normally use Hellfire missiles, have killed some of AQAP’s top leaders, including its chief Nasser al-Wuhayshi last June.