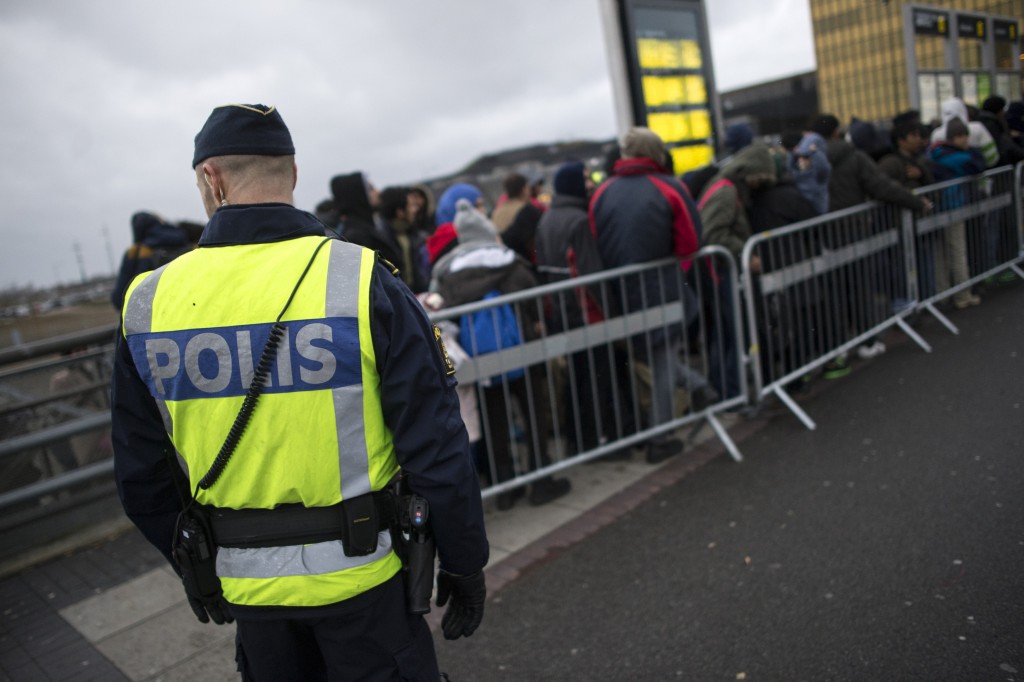 A gang of masked, black-clad men rampaged through the streets of Stockholm on Friday night after handing out leaflets threatening to attack migrant street youths “to make a statement.” Police said on Saturday two arrests had been made.

The incident highlights the growing tensions over immigration in Sweden, a country of 10 million which received 163,000 asylum seekers last year. It comes days after a 22-year-old female worker was stabbed to death in a center for unaccompanied asylum-seeking minors in southwestern Sweden.

The police said in a statement that one man had been arrested for punching a plainclothes officer in the face and another for carrying a brass knuckleduster, but the extent of any assaults against immigrants was not clear.

Swedish dailies said that according to witnesses a number of people had been attacked by the men who were thought to belong to “firms” of hooligans associated with local soccer teams.

The leaflets handed out on Friday, which were confirmed by police as being the same as were posted on Swedish social media, said, “When Swedish streets are no longer safe for ordinary Swedes it is our DUTY to fix the problem … Today, therefore, 200 Swedish men gathered to make a statement against the North African ‘street children’ who are ranging around the capital’s central station.

“The police have amply shown that it lacks the means to rein them in and we now see no alternative than for us to mete out the punishment they deserve.”

A poll last week showed support for Sweden’s ruling center-left Social Democrats hit its lowest level in nearly 50 years, mainly because of a sense that the government has been overwhelmed by the influx of asylum seekers.

In a move to boost confidence, the Swedish government said this week the country was likely to deport between 60,000 and 80,000 of last year’s asylum seekers. However, that number is similar in percentage terms to rejections of asylum applications in previous years when the numbers were much smaller.

This week, the country’s national police chief asked the government for more money and more officers in the wake of the migrant crisis.