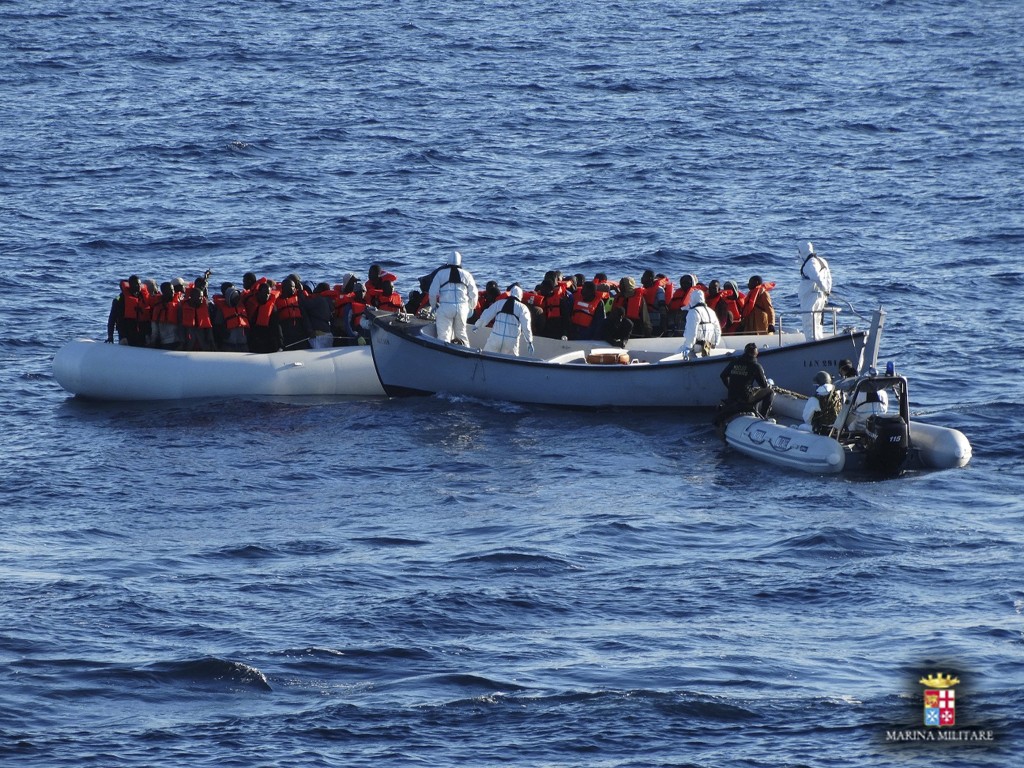 Italy’s navy rescued 290 migrants and recovered six bodies from the water near a half-sunken rubber boat on Thursday, the first sea deaths recorded on the North Africa to Italy route this year, a spokesman said.

The navy rescued 109 migrants from a large rubber boat in the morning, and then 107 from a second boat a few hours later. When the navy arrived at a third rubber craft, it was sinking.

They managed to pull 74 to safety, but six bodies were recovered from the water. A navy helicopter is continuing to search for survivors, the spokesman said.

Italy and Greece are on the frontline of Europe’s biggest immigration crisis since World War II, with overcrowded boats packed with migrants reaching their shores from North Africa and Turkey by the hundreds.

The sea route to Italy from Africa is the most dangerous border in the world for migrants. Of the more than 3,700 migrant deaths in the Mediterranean in 2015, about 2,000 perished on the way to Italy from North Africa.

After a lull in arrivals during the first three weeks of this year, Libya-based people smugglers have taken advantage of recent mild weather to send out boats. Italy’s coastguard said 1,271 migrants were rescued on Tuesday.