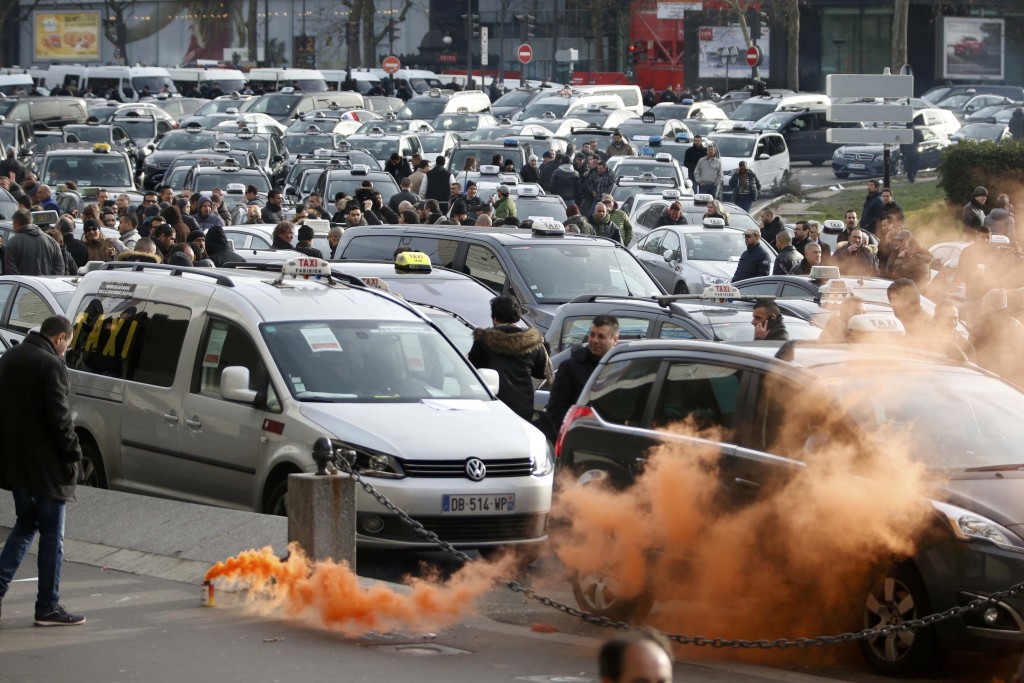 French taxi drivers extended anti-Uber protests into a second day on Wednesday as news emerged that a Paris court had fined the alternative car ride service for skirting rules prohibiting its drivers from touting directly for business on the streets.

The fine of 1.2 million euros followed a complaint from the traditional taxi industry federation that Uber and others were flouting rules that limit alternative cab services to prebooked business – rules that effectively keep hail-down business for the traditional licensed taxis.

An Uber spokesman confirmed that the court had imposed the 1.2 million euro fine and said his company was examining the issue.

The matter did not challenge Uber’s mobile phone application and concerned only the written information the firm supplies to its drivers, the spokesman said.

The news came amid protests by traditional taxi drivers who partially blocked roads on the edge of Paris and other spots for a second consecutive day in the latest outcry against what they say is unfair competition from the likes of Uber.