National Congress Stays Away, But Not Sledders
National 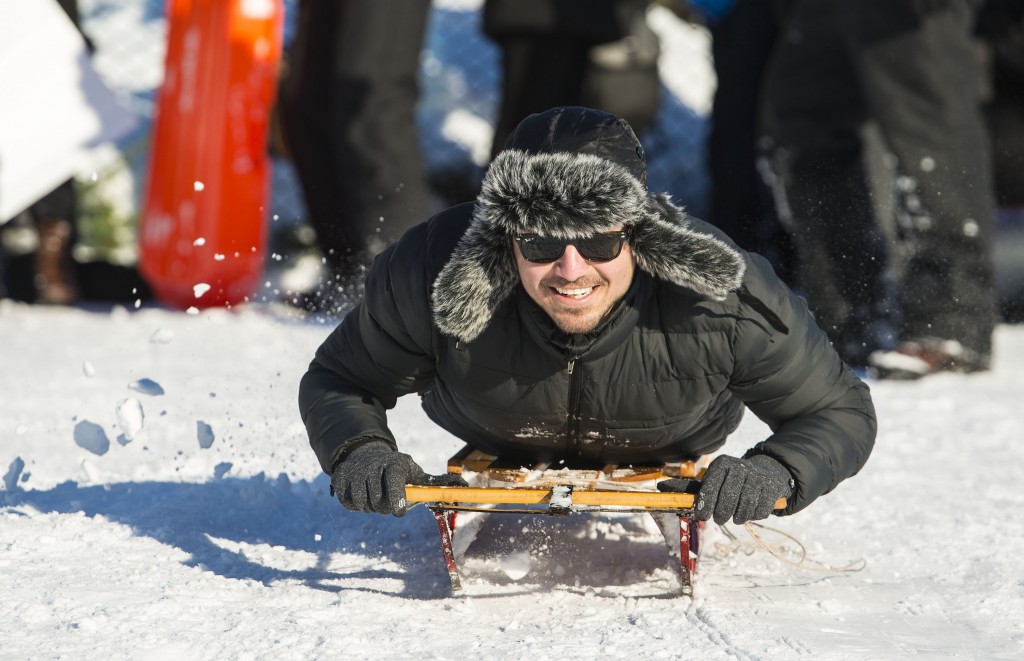 When Congress is away, the people will play.

Amid the weekend’s historic snowfall and its digging-out aftermath, Washingtonians went to Capitol Hill in droves to enjoy their new-found freedom to sled. It is hard to imagine, when looking out at ski resort-like atmosphere on the House side of the grounds on Jan. 24, that it took an act of Congress to allow sledding.

“More people in the pool than there’s water,” said area resident Sam Swiller, who came with his wife, Ahnna Smith, and their daughter Shaw and dog Sully, along with hundreds others, to the West Front to enjoy Sunday’s party on Capitol Hill.

Congress was away this weekend, of course. The House was in recess last week, and the Senate left town on Jan. 21, beating the first flakes of the storm that paralyzed the East Coast and shut down transportation networks across the region.

On Monday, the federal government and the D.C. Government remained closed, and Metro was running a limited service for trains and buses. D.C. Mayor Muriel Bowser advised residents to stay off the streets unless it was essential.

But it was Congress that allowed sledders on the Hill, at least according to statute.

Last year in March, neighborhood families defied a decades-old law prohibiting sledding on the grounds, and Capitol Police largely looked the other way. But local officials pushed for that to be official, removing the threat of arrest or ticketing from winter-time fun.

D.C. Del. Eleanor Holmes Norton (D-D.C.) last year had pushed the Capitol Police Board to waive the sledding ban. She was denied in March, but went on to help secure support for a policy rider in the year-end omnibus appropriations bill that stated police should consider “the family-style neighborhood that the Capitol shares with the surrounding community” and not enforce the ban. So the legislative branch and the president signed off on looking the other way. Sledders were free to come on down.

And boy did they. Even during some of the heaviest snowfall on Saturday, people came for the slippery, inclined fun.

On Sunday, even without benefit of Metro, which had suspended service throughout the weekend, and with roads at best mildly passable, the pilgrimage to the Hill was in full force.

“They may have fancy sleds, but we have more heart,” said one woman, clutching some cardboard siding. The diversity in sledding vehicles was striking: plastic discs, old-style wood and steel types, an air mattress, even left-over placards from a recent rally on Capitol Hill that were fished out of the garbage cans lining the Capitol complex.

Snowball fights, nonpartisan of course, broke out at the bottom of the Hill. Some snowboarders carved out some space for themselves. Some enterprising winter athletes fashioned jumps. The House side of the lawn eventually got so crowded in the afternoon that some parents shifted south and established a bunny hill so their kids didn’t have to compete with the teenagers and adults dominating the main course.

Inevitably perhaps, folks went from marveling at Sunday’s crowds to bemoaning them. “No one sleds there anymore. It’s too crowded,” Tim Krepp, paraphrasing Yogi Berra, tweeted shortly before noon. Krepp was one of last year’s sled-in ringleaders and is a Capitol Hill resident who challenged Norton for her seat in Congress in 2014. He and his family stayed a little while on the West front, then headed inside for hot chocolate and Irish coffee.