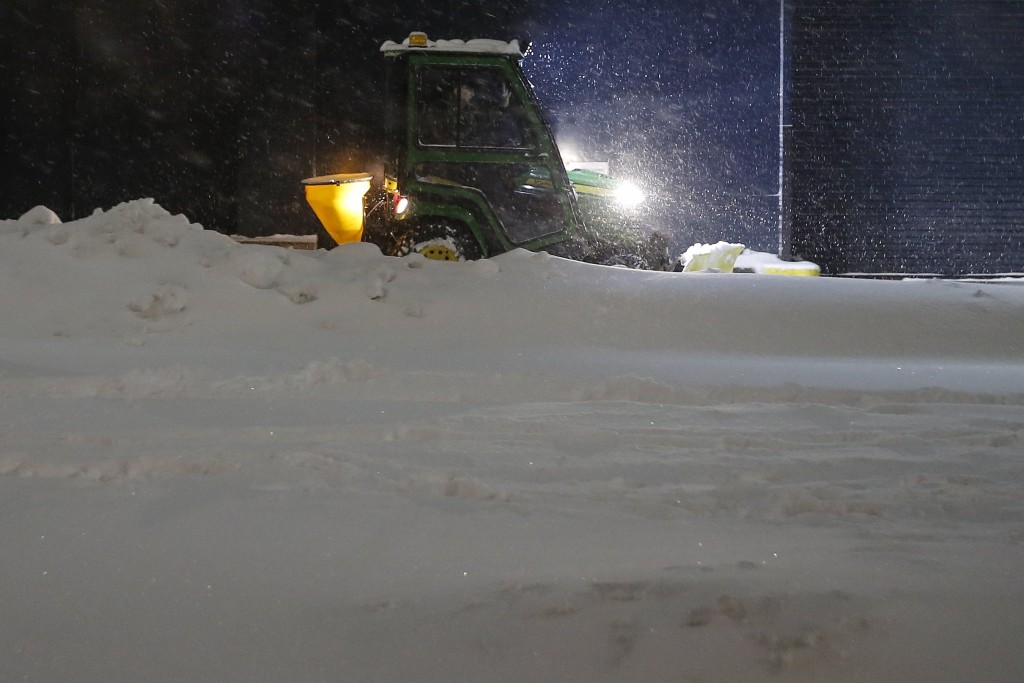 As a record snowstorm fell on New York City, Brooklyn community leaders and residents were praising the Sanitation Department’s response to the dozens of inches of snow that fell on its streets.

“The Sanitation Department was out in force all day today – every ten minutes they had a truck going down certain blocks,” Yidel Perlstein, Chairman of Community Board 12, which covers portions of Boro Park, Midwood, Bensonhurst and Kensington, told Hamodia in an interview on Motzoei Shabbos.

According to Perlstein, one of the major factors in the efficient clearing operation is that the Brooklyn 12 sanitation garage, located at 19th Ave. and 57th Street, just got its own salt depot in the parking lot across the street from the garage. “Previously, their trucks had to pick up salt from other depots; now, they have their own salt depot, and that speeds everything up.

“The Sanitation Department has issued a mandatory-work order for all its employees,” said Perlstein. “After working all night and day, they took a slight break Saturday evening, but are now at it again, trying to get as much done as possible overnight before the travel ban ends at 7 a.m. Sunday.”

The Brooklyn 12 sanitation garage has 24 trucks on the streets on Motzoei Shabbos, with a total of 32 employees on those trucks.

Due to the storm, Councilman Chaim Deutsch, of City Council District 48, is keeping his office open all night, to answer questions and help constituents in need.

According to members of Deutsch’s office, Deutsch is spending Motzoei Shabbos out in the district checking the streets. “The councilman has been, and will continue to, work with the mayor and all relevant city agencies to make sure the roads will be passable before the travel ban is lifted,” said a spokesperson at his office.

In Deutsch’s district, which includes neighborhoods in Midwood, Manhattan Beach and Sheepshead Bay, there are 75 snow plows and 25 salt-spreaders out on the streets. Deutsch said he is working with the NYC Office of Emergency Management to ensure that there is monitoring of any possible flooding areas in the coastal neighborhoods of Sheepshead Bay, Manhattan Beach, Brighton Beach and Coney Island.

All Sanitation Department employees have been working “12 to 12” shifts during the storm.

Residents of frum neighborhoods that spoke with Hamodia unanimously praised the work of the Department.

“I am thrilled with the job they did all through Shabbos,” Sarah Scheonfeld, 32, of Kensington, told Hamodia on Motzoei Shabbos. “During the past 24 hours, I have seen trucks plowing snow and spreading salt coming down my block at least once every hour.

“We all owe them a tremendous debt of hakaras hatov. While we are huddled inside with the steam, drinking hot cocoa, they are out there, ensuring that the streets are clear and that we are all kept safe.”