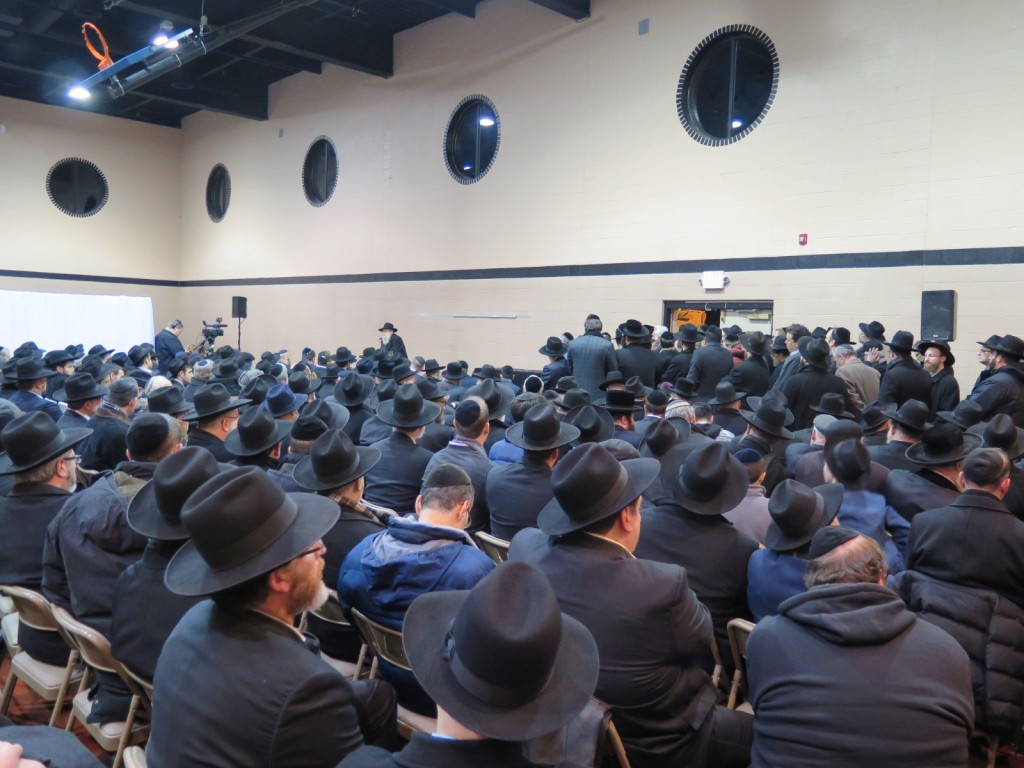 The petirah of Rabbi Ronnie (Refael) Greenwald, z”l, world-renowned askan, shocked the Jewish community on Wednesday morning. He was 82 and passed away while on vacation in Florida.

A humble man with larger-than-life accomplishments, Rabbi Greenwald played the role of community activist, international diplomat, educational innovator and so much more with skill and finesse that was matched only by the modesty with which he carried out his work. With a caring heart and a sincere drive to help others, he was one

of the Jewish community’s most respected and beloved ambassadors.

“Some people want to make a difference; he was the difference,” said Rabbi Aaron Fink, dean of Ateres Bais Yaakov of Monsey and a nephew of the niftar. “Ronnie didn’t talk about himself because it was not about him; he just did what he did because somebody had to do it.”

Rabbi Greenwald was born in 1934 to Yeshuah Falik, z”l, and Chana Freidah Greenwald, who had emigrated from Hungary several years earlier. The family lived on Manhattan’s Lower East Side before relocating to Boro Park. Young Ronnie, as he was known, studied in Mesivta Torah Vodaath before moving on to the Telshe Yeshivah in Cleveland.

Rabbi Greenwald married his wife, tbl”c, Mrs. Miriam Greenwald, in the late 1950s and settled in Boro Park. He served as a rebbi and teacher in several mosdos and also became an active member and advocate for Torah Umesorah, an organization in which he remained active for the rest of his life.

His foray into the upper echelons of American political life began in 1970, when he was chosen by President Richard Nixon as the administration’s liaison to the Jewish community, particularly the Orthodox sector. He came at the recommendation of then-New York Governor Nelson Rockefeller, on whose campaign Rabbi Greenwald had worked several years earlier. From that point on, he occupied a number of official positions in government and forged many important connections with high-ranking officials. Despite leaving government work officially in 1974, the ties he had created enabled him to act as one of Klal Yisrael’s most effective behind-the-scenes activists.

The expansion of many federal and state initiatives (such as Head Start) and several poverty aid programs to the Jewish community ranked high among his countless accomplishments in these years.

Although under wraps at the time these events took place, Rabbi Greenwald later gained fame for his role in negotiations to free Soviet-era “refusenik” Natan Sharansky and Miron Markus, an Israeli citizen who was imprisoned in Mozambique, then under Communist rule. In one of the countless signs of the niftar’s unlimited dedication to the mitzvah of pidyon shevuyim (freeing captives), following the decision of Harav Moshe Feinstein, zt”l, he traveled to the remote African nation on the Seder night to free Markus.

Rabbi Greenwald was on call not only for cases of high-level diplomacy. Mr. Abraham Biderman related a story about a friend who needed to travel that very day to Eretz Yisrael but had lost his passport. To further complicate matters, it was a legal holiday. “He was the can-do guy in Klal Yisrael,” said Mr. Biderman, who worked together with the niftar on a wide range of projects. “Every problem that was not solvable, you went to him to get it done.” Indeed, after a call to “Ronnie,” the distressed traveler left on a plane to Tel Aviv that day.

For decades, Rabbi Greenwald was on the cutting-edge of askanus, taking on countless innovative projects to help the Orthodox community. In 1965 he founded the legendary Camp Sternberg, which until this day brings together girls from vastly different communities and backgrounds and gives them an unforgettable summer of achdus and love for Yiddishkeit.

Far before they were subjects widely dealt within the community, Rabbi Greenwald worked to develop programs and institutions for those struggling with difficult challenges, both physical and spiritual.

“It’s very fashionable to tend to the popular causes of the world, but he had a special heart for those who really needed a hand the most,” said Rabbi Fink.

His founding of the Women’s League, a network of group homes for mentally handicapped frum women, and his endeavors on behalf of victims of abuse were both ahead of their time.

Rabbi Greenwald was also in the vanguard of the kiruv movement, most notably through his involvement in the founding of the Neve Yerushalayim Seminary together with Rabbi Dovid Refson.

The tragedy of “kids at risk” was another topic that the niftar worked hard to bring to the attention of the community. A moving force in the creation of several institutions and programs to help combat the crisis, he also dealt with many cases personally.

“They felt like they were dealing with a friend,” said Mr. Biderman of the niftar’s tact with individuals. “He never made anybody feel as if they were being judged or pressured.”

Ronnie Greenwald, a man who acted as a marriage counselor and ambassador, confidant of presidents and the downtrodden, will be sorely missed by the myriads he knew and helped.

The levayah was held at Ohr Somayach in Monsey on Wednesday evening. Kevurah will be in Eretz Yisrael.

An interview with Rabbi Greenwald, conducted for the May 2, 2012 issue of Hamodia’s Inyan Magazine, can be found here.