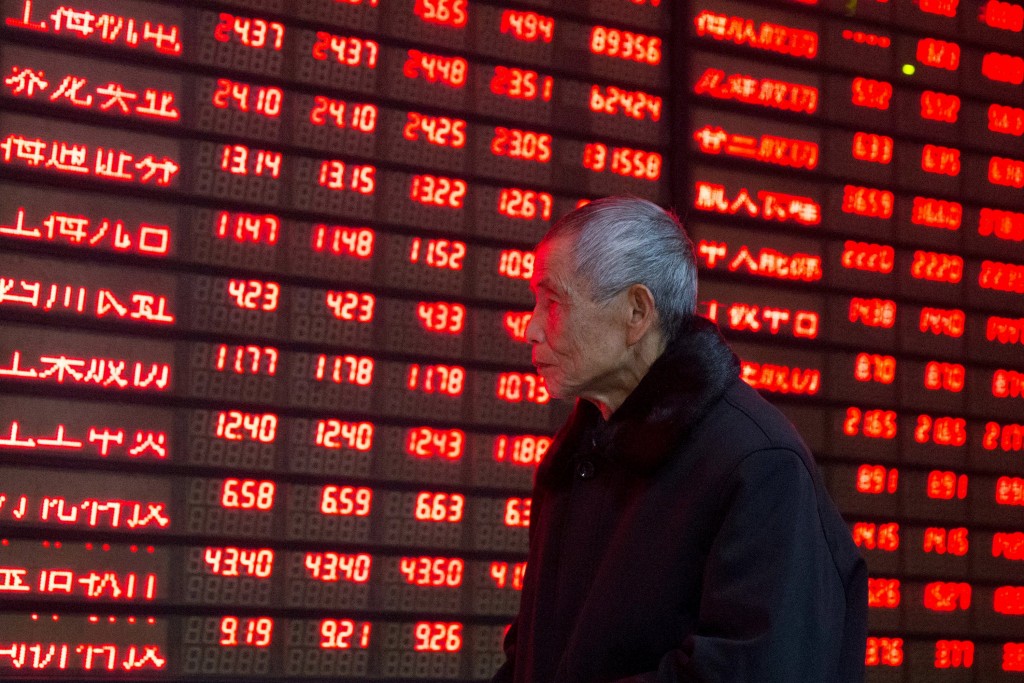 China’s economy grew at its weakest pace in a quarter of a century last year, raising hope that Beijing would cushion the slowdown with more stimulus policies, which in turn prompted a rally on the country’s rollercoaster share markets.

Growth for 2015 as a whole hit 6.9 percent after the fourth quarter slowed to 6.8 percent, capping a tumultuous year that witnessed a huge outflow of capital, a slide in the currency and a summer stocks crash.

Concerns about Beijing’s grip on economic policy have shot to the top of global investors’ risk list for 2016 after a renewed plunge in its stock markets and the yuan stoked worries that the economy may be rapidly deteriorating.

Data from the statistics bureau showed that industrial output for December missed expectations with a rise of just 5.9 percent, while electric power and steel output fell for the first time in decades last year, and coal production dropped for a second year in a row, illustrating how a slowing economy and shift to consumer-led growth is hurting industry.

December retail sales growth was also weaker than expected at 11.1 percent last month, disappointing those counting on the consumer to be the new engine of growth.

“While headline growth looks fine, the breakdown of the figures points to overall weakness in the economy,” said Zhou Hao, senior emerging markets economist for Asia at Commerzbank Singapore.

“All in all, we believe that China will experience a ‘bumpy landing’ in the coming year,” he said.

There was relief in the markets, however, that growth at least matched forecasts, and a growing expectation that more monetary easing measures were imminent, possibly before the beginning of February.

Angus Nicholson, market analyst at IG in Melbourne, said in a note that further cuts in interest rates and the reserves that banks have to set aside were already looking like “a foregone conclusion” before the data release, and now it was a question of timing.

Investors took their cue, pushing the benchmark Shanghai Composite Index up 3.25 percent by the close of trading, while the CSI300 index of the largest listed companies in Shanghai and Shenzhen gained 2.95 percent.

The indexes remain about 14-15 percent down so far in 2016 after a series of sell-offs in the new year.

“We see this as a technical rebound,” said Yip. “It’s too early to say the market has seen its bottom, as we haven’t yet seen a turnaround in the economy.”

The People’s Bank of China (PBOC) did its bit to calm nerves by keeping the yuan largely steady, setting the currency’s daily midpoint fix at 6.5596 per dollar.

That followed news of plans requiring overseas banks to hold a certain level of yuan in reserves, a move that could raise the cost of wagering on further falls in the currency, which has lost about 5 percent since August.

Tommy Xie, economist at OCBC Bank in Singapore, said he expected more stimulus to the economy from the PBOC, but the stability of the yuan, also known as the renminbi, was critical to maintaining growth.

“This is a new risk for China. If the renminbi continues to weaken, the volatility and capital outflows get worse, then that is likely to pose a challenge to growth.”

The spot yuan was at 6.5795, little changed from Monday’s close, but offshore it weakened to 6.5985 to stand 0.3 percent adrift from the onshore rate.

Confusion over China’s currency policy and its commitment to reforms has sparked mayhem in financial markets in recent weeks, as the PBOC allowed the yuan to fall sharply in early January then switched to aggressive intervention to steady it.

Likewise, concerns have mounted that the economy’s troubles might be beyond Beijing’s ability to fix. Markets have long harbored doubts about the veracity of China’s growth data, given their habit of closely matching official forecasts year after year despite wildly changing circumstances at home and globally.

Investors used to comfort themselves with the assumption that the authorities, while often inscrutable, were competent managers who could be trusted to ultimately guide the economy to a more consumer-driven model. That trust has been challenged by perceived policy missteps over the yuan and stock markets, giving weight to a voluble clique of China bears who claim high debt levels and massive overcapacity are bound to end in tears.

Even relative optimists are worried.

“A recent trip back to China suggests the economy remains in a rather bad shape. Public confidence and expectations are very low,” says Wei Li, China and Asia economist at Commonwealth Bank of Australia.