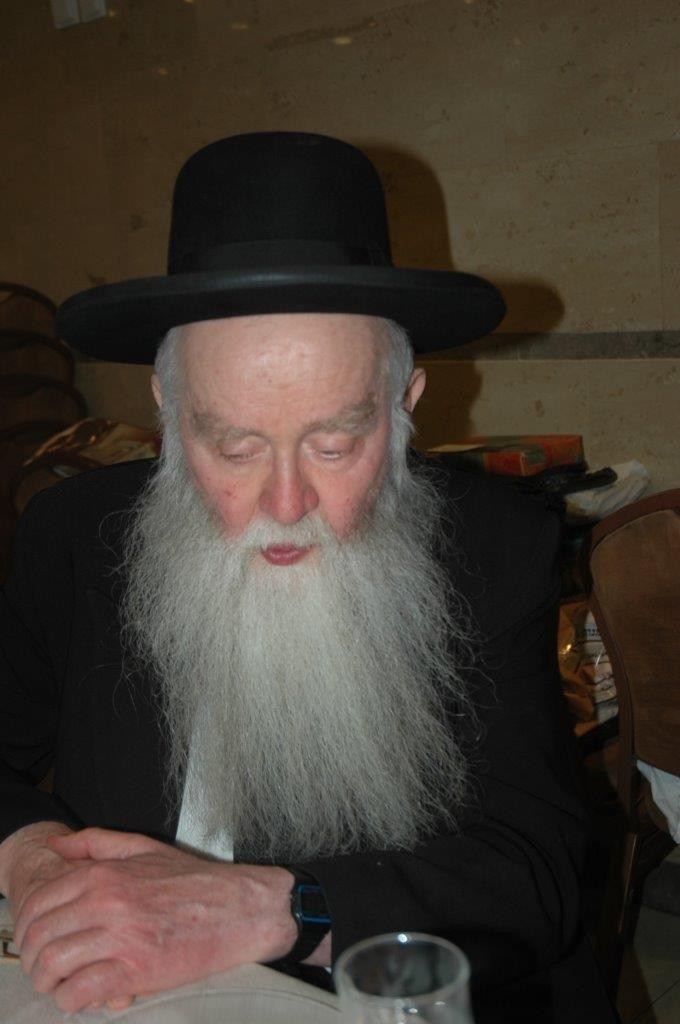 The Torah world was plunged into mourning Monday night, with the petirah of Hagaon Harav Refael Shmuelevitz, zt”l, Rosh Yeshivah, Yeshivas Mir Yerushalayim. He was 78 at his petirah.

Harav Refael Halevi Shmuelevitz was born in Mir on 16 Kislev 5698/1937, to Harav Chaim Shmuelevitz, zt”l, the famed Rosh Yeshivah of Yeshivas Mir, and Rebbetzin Chanah Miriam, the daughter of Harav Eliezer Yehudah Finkel, zt”l, Rosh Yeshivas Mir, the son of the Alter of Slabodka, Harav Nosson Tzvi Finkel, zt”l. He was named for his paternal grandfather, Harav Refael Shmuelevitz, zt”l, who was the son-in-law of the Alter of Novardok, Harav Yosef Yoizel Horowitz, zt”l.

With the outbreak of World War II, the yeshivah and the students fled Mir to Vilna and from there to Kaidan. They later traveled to Japan and then Shanghai. In Shanghai, for over five years, Reb Chaim Shmuelevitz was responsible for the yeshivah, since his father-in-law had already managed to escape to Eretz Yisrael. After the War, Reb Chaim traveled to America and after half a year moved to Yerushalayim, where he helped his father-in-law re-establish one of Europe’s great yeshivos.

During his years as a bachur in Yeshivas Mir, learning under the tutelage of his illustrious grandfather, he was a room-mate of Harav Nosson Tzvi Finkel. In 5722/1962, he married, lbcl”c, Rebbetzin Ednah, the daughter of Harav Avraham Farbstein, zt”l, Rosh Yeshivah, Yeshivas Chevron.

Reb Refael served as a Ra”m in Yeshivas Chevron. He was also on the board of the editors of Encyclopedia Talmudit.

In 5750/1990, with the petirah of his uncle, Harav Beinish Finkel, zt”l, the Rosh Yeshivah of Mir, he was appointed as Rosh Yeshivah in Mir, alongside Harav Nosson Tzvi Finkel.

Reb Refael delivered twice weekly the shiuri klali – once in Yiddish and the other in Ivrit. He would also deliver a shiur once a month in Yeshivas Mir, Brachfeld.

Many of his shiurim have been published as Shiurei Rabi Refael.

In recent years, Reb Refael suffered from the ALS disease, and was often hospitalized. During the last few weeks, his condition deteriorated. He was niftar Monday afternoon in Shaare Zedek hospital in Yerushalayim, surrounded by family members.

The levayah will be held on Tuesday morning from the Mir Yeshivah to Har Hamenuchos, where he will be buried next to his father.

Reb Refael is survived by many children, grandchildren and many grieving talmidim.