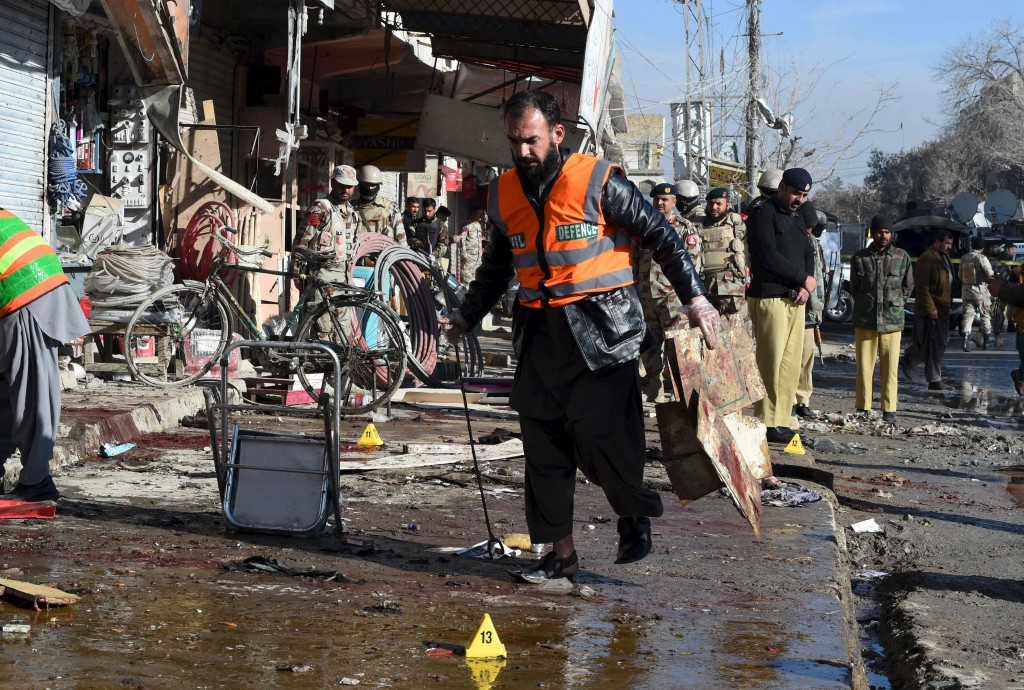 A suspected suicide bomb blast on Wednesday killed at least 14 people close to a polio eradication center in Pakistan’s western city of Quetta, police said. Most of the casualties were policemen detailed to guard vaccination workers.

At least 12 policemen, one paramilitary officer, and one civilian were among the dead, with 20 others injured, officials said, after the explosion ripped through a police van that had just arrived at the center.

“It was a suicide blast, we have gathered evidence from the scene,” Ahsan Mehboob, Police Chief of Pakistan’s province of Balochistan, told Reuters. “The police team had arrived to escort teams for the polio campaign.”

Pakistan and neighboring Afghanistan are the only two countries in the world where polio remains endemic, the World Health Organization says.

Teams in Pakistan working to immunize children against the virus are often targeted by Taliban and other terrorist groups, who say the campaign is actually a cover for Western spies.

The campaign to eradicate the virus in Pakistan has had some recent success, with new cases down last year, but violence against vaccination workers has slowed the effort.