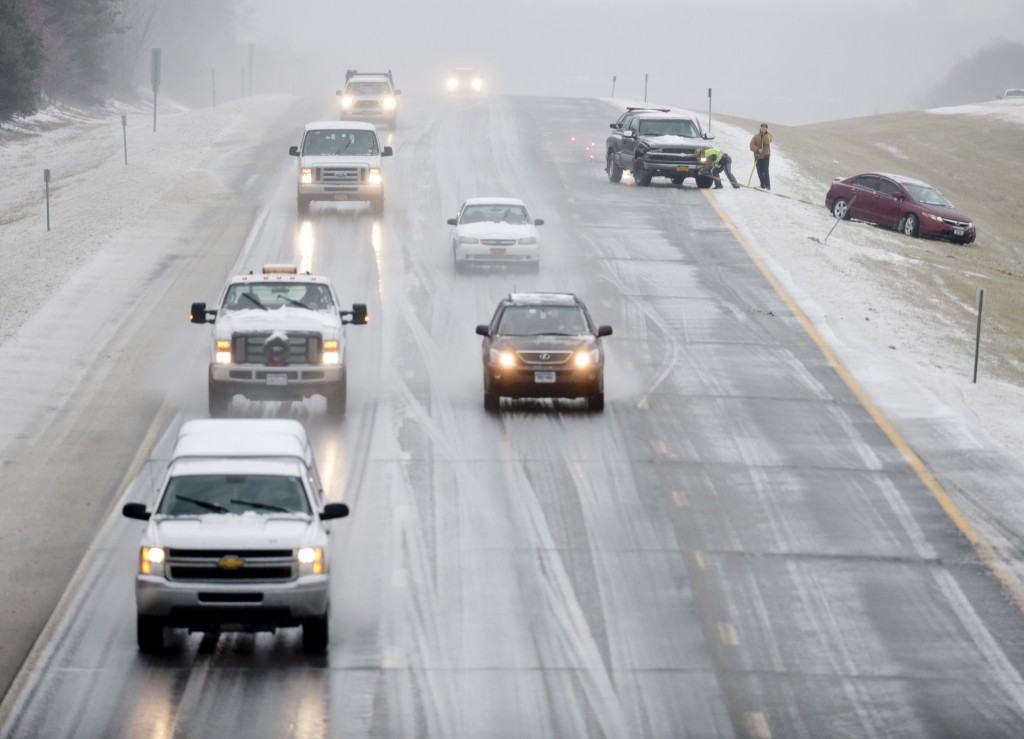 The Syracuse area is next in line to get hammered with lake-effect storms that have already buried parts of western and northern New York under more than 2 feet of snow.

The National Weather Service says wind-driven storms off the eastern end of Lake Erie dumped up to 25 inches on areas south of Buffalo on Monday. Lake Ontario storms have dropped 26 to 34 inches on areas in neighboring Jefferson and Lewis counties, north of Syracuse.

The National Weather Service has issued a snow warning and is predicting 12 to 18 inches of snow in Syracuse and then eastward to Rome and Utica.

The warning is in effect for 12 hours beginning at 7 p.m. Tuesday. The snow is expected to intensify on Wednesday morning.

Forecasters say winds will be from 15 to 25 miles per hour, with gusts as high as 40 miles per hour. That could make for poor visibility and dangerous travel. Temperatures will be in the teens to low 20s. The National Weather Service says the greatest chance for an inch of snow and slippery travel is over the Poconos.

Meanwhile, in New Jersey, snow showers could slow the evening commute in northwestern parts of the Garden State.

Forecasters say there is a chance for a light accumulation on Tuesday afternoon and evening in Sussex, Warren, Morris, Hunterdon and Somerset counties.

The weather service says snowfall should diminish Wednesday night as the lake-effect bands shift back to the north.