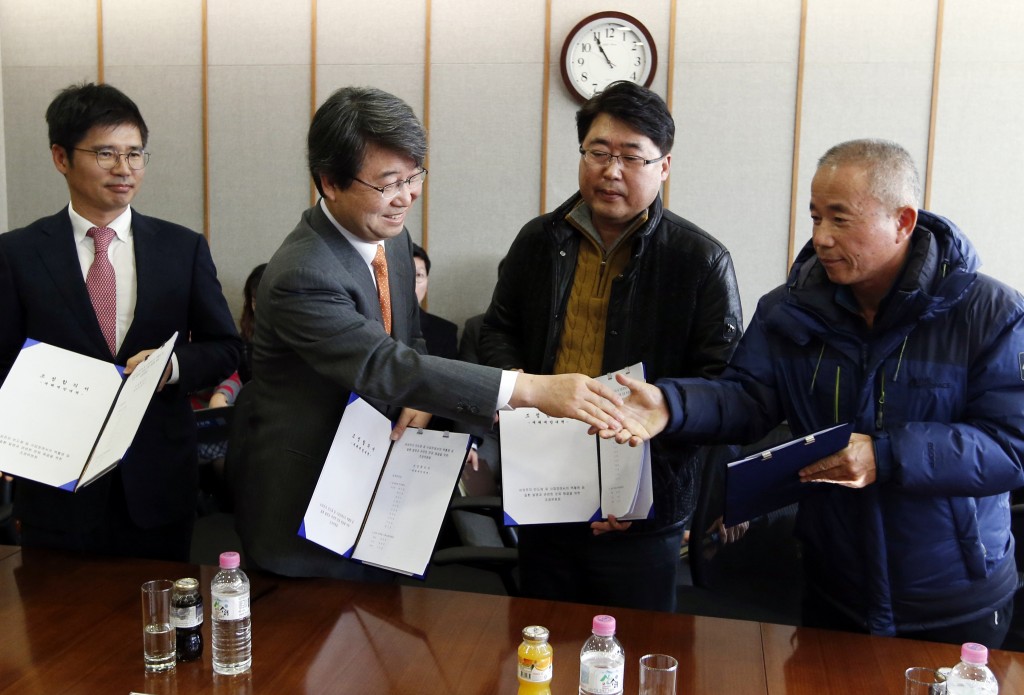 Samsung Electronics reached a partial agreement on workplace safety with sickened workers and their families, nearly a decade after the death of a 22-year-old chip worker from leukemia galvanized concern about conditions in South Korea’s semiconductor industry.

The South Korean company and Banolim, which is the main advocacy group for sick workers, along with another group representing workers, signed an agreement Tuesday to establish an external committee that will have oversight of safety at Samsung.

Its mandate includes measures such as ensuring Samsung preserves information related to workers’ health and conducting spot checks of chemicals used in its manufacturing. If any hazardous substances are detected during random checks, the company’s health management team will order their use stopped, according to the agreement.

Baek Suhyeon, Samsung’s top negotiator, said the agreement was “meaningful.” Hwang Sang-gi, the founder of Banolim, said the measures were “significantly inadequate” but the group concluded the talks on preventive measures because negotiations had become too time-consuming. The group vowed to continue its protests and urged Samsung to resume talks on compensation.

The external committee will examine workplace conditions that affect workers’ health and safety at Samsung, such as management of chemicals. The committee can also make recommendations to Samsung on its disclosure of chemical hazards and the company’s standards on trade secrets. Workers have complained that trade secrets meant they were denied information about chemicals that may have affected their health.

Paek Domyung, a professor of occupational medicine at Seoul National University who was part of the three member panel that mediated between Samsung and workers, said the agreement laid out a system to put Samsung under external oversight. But the company’s capacity to prevent illnesses and improve safety depends on the commitment of its top executives, he said.

The agreement, which is not legally binding, is the first of its kind between Samsung and Banolim since the death of 22-year-old chip worker Hwang Yu-mi from leukemia in 2007 ignited public debate about safety at Samsung factories and South Korea’s semiconductor industry in general.

Samsung and Banolim are still deadlocked over other areas, mainly compensation for Samsung workers who became seriously ill allegedly due to exposure to carcinogens at its chip and LCD factories.

Last year, Samsung rejected the mediator’s recommendations that an independent organization oversee compensation. Instead, the company launched its own committee whose members were selected by Samsung. Many workers and their families denounced Samsung’s compensation measures, which they said were unilateral and veiled in secrecy.

Samsung said more than 150 individuals applied for compensation and more than 100 of them accepted its financial support. It said the rest are still in talks and it is still receiving applications for financial support even though the initially announced deadline has passed. The company refused to disclose how much of its 100 billion won ($85.8 million) fund allocated for compensation was used to compensate workers.

More than 200 current or former Samsung workers suffering from grave illnesses have contacted or sought help from Banolim. Of them, 76 died, Banolim said. Many had cancers such as leukemia and were aged in their 20s or 30s. The oldest cases date to the 1980s but most are from the 1990s and 2000s.