Business Lincoln Revives the Continental, With Eye on China
Business 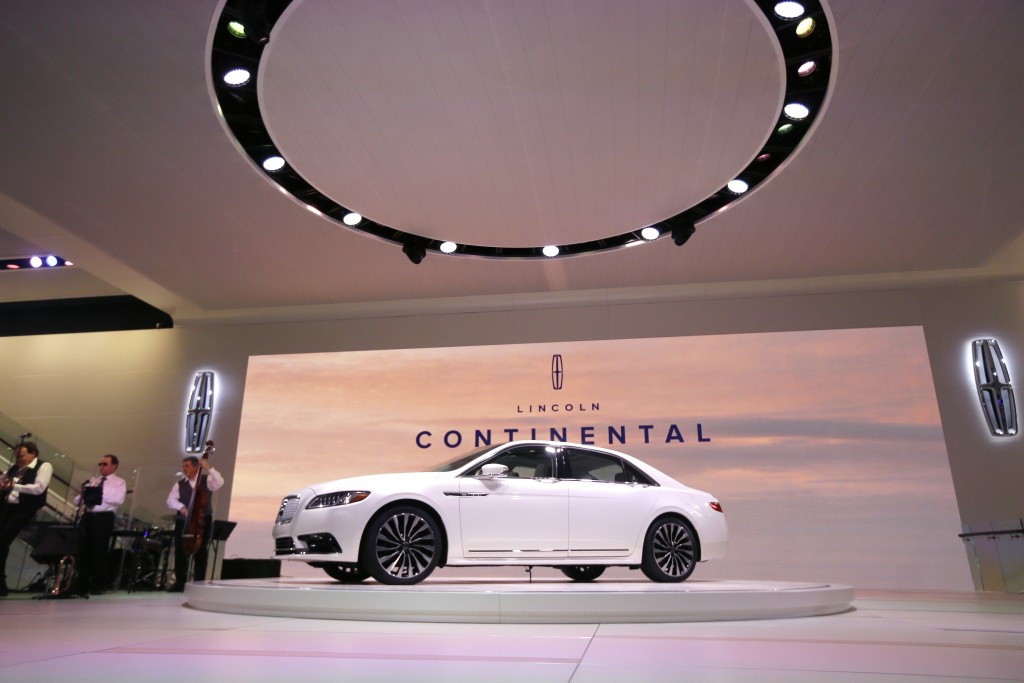 The Lincoln Continental has a storied past. Now it has a future.

The new Continental full-size sedan debuted Tuesday at the North American International Auto Show. It goes on sale this fall in the U.S. and China.

For most of Lincoln’s 99-year history, the Continental was the pinnacle of luxury, the car of kings and presidents. It was born in 1938, when Henry Ford’s son Edsel asked designers to make a convertible he could drive during a vacation to Palm Beach. Thrilled by his friends’ reactions, Edsel made the Continental part of Ford Motor Co.’s luxury Lincoln brand.

Lincoln is reviving the Continental as part of a multi-year, multi-billion-dollar comeback. It’s a nod to the history that sets Lincoln apart from its rivals. It’s also targeted at customers in China, who have a particular appreciation for historic American brands. Lincoln expects to sell around 60 percent of the Continentals it makes in China, where it plans to double its dealerships to 60 by the end of this year. The Continental will be made in Michigan.

The elegant Continental hasn’t changed much from the concept version that debuted at last year’s New York Auto Show. It has the same gently undulating sides, wraparound taillights and a panoramic glass roof. The doors open with very little effort and snap themselves closed, one of many ways designers tried to make the vehicle relaxing and serene.

Inside, there are patented, Ford-designed seats that can be adjusted up to 30 ways. They have separate settings for each leg, inflating cushions, heating and cooling, and a massage function, and they’re designed to hug your back if you swivel around. In another nod to China, where many owners are chauffeured, there is a reclining seat in the rear. There’s also a specially designed, 19-speaker Revel audio system.

The Continental is powered by a new, 3.0-liter twin-turbocharged V6 engine with 400 horsepower and 400 pound-feet of torque.

A celebrity ad campaign helped lower the average age of Lincoln buyers to 58, from 68 three years ago.

Analysts say Lincoln is making the right moves, but still has a long way to go to get noticed in the cutthroat luxury market. Mercedes-Benz sold nearly four times more vehicles than Lincoln in the U.S. last year.

“We spent a lot of time trying to figure out if we could carve a unique place in this segment,” Fields said. “People are really stressed. We wanted to give them a sanctuary.”