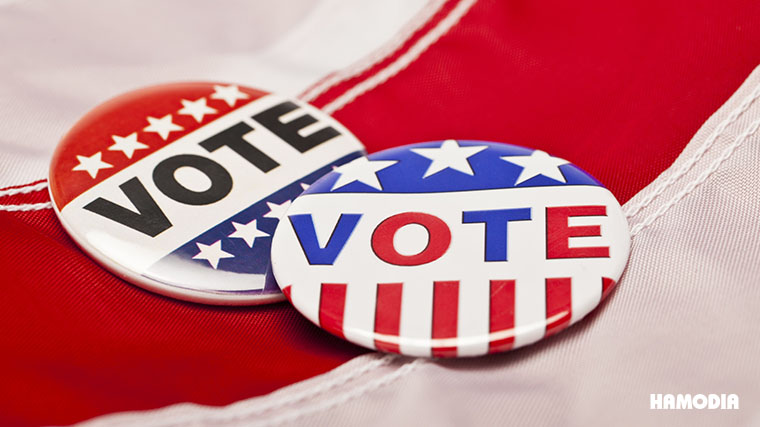 Donald Trump taunted fellow Republican presidential candidate Ted Cruz over his eligibility to be president on Saturday, offering the following response to Cruz’s insisting that he’s a natural-born citizen: “You’re not.”

“You can’t have a person running for office, even though Ted is very glib and he goes out and he says, ‘Oh, well, I’m a natural-born citizen.’ The point is, you’re not,” Trump said during a rally in Clear Lake, Iowa.

“I mean, you’ve got to get a declaratory judgment, you have to have the courts come up with a ruling or you have a candidate who just cannot run because the other side will immediately bring suit and you’ve got that cloud on your head.”

Cruz, who has long maintained there is no issue with his Canadian birth since his mother was a U.S. citizen, repeated Saturday that “the laws and facts are quite straightforward.” The Constitution says only a “natural-born citizen” may be president. Legal scholars generally agree the description covers foreign-born children of U.S. parents.

“I understand that a lot of candidates in the field are dismayed. They’re dismayed because they’re seeing conservatives uniting behind our campaign,” Cruz told reporters Saturday night before the 28th and final campaign stop of a six-day swing through Iowa. “As that happens you’re seeing candidates trying to throw whatever rocks they can. That’s fine, that’s their prerogative. I like Donald Trump, I respect Donald Trump, he’s welcome to toss whatever attacks he wants.”

The comments were the latest sign that the delicate detente between the Texas senator and the billionaire businessman on display last year has been shattered as Cruz has jumped ahead of Trump in polls in Iowa, which holds its leadoff caucuses Feb. 1.

Trump late last year began efforts to undermine Cruz, questioning the senator’s religion and accusing him at recent events of stealing his idea to build a wall along the U.S.-Mexico border. The intensity escalated this past week when Trump questioned whether the Canadian-born Cruz was eligible to be president.

On Saturday, Trump lashed out at Cruz on multiple fronts at a rally in Ottumwa, expressing bafflement that he’s not beating Cruz in Iowa polls to a packed, 665-person capacity auditorium, with many more voters crowded into an overflow room.

“The polls are essentially tied. I don’t get it,” Trump said in the first of several references to Cruz.

“He’s got to straighten out his problem,” Trump said just two minutes into his address. “You can’t have that problem and go and be the nominee.”

The rhetoric intensified later in the day, when Trump delivered a second, saltier speech at a rally in Clear Lake.

“You cannot put someone there, folks, that’s going to go in and he’s going to be immediately sued by the Democrats because they’re saying he was born in Canada, he’s not allowed to run for president,” Trump said of Cruz, who renounced his Canadian citizenship in 2014.

Trump again called on Cruz to get a court judgment about his ballot status – advice Cruz has rejected – before suggesting the issue would cost Cruz the nomination.

Up until now, Cruz has been careful not to take on Trump directly. But he appeared to offer a counterpunch on Friday, when he suggested that Trump wasn’t devoting the time and energy to wooing Iowa voters that history shows is needed to win.

“There is an Iowa way of campaigning and deciding caucuses,” Cruz told supporters packed into a basement of a pizza restaurant in Decorah. “I believe the only way to compete and win in the state of Iowa is to come and spend the time asking the voters for their support. Looking them in the eye.”

“You come here, you have the humility to stand before the men and women of this state and answer your questions,” he said in a Charles City coffee shop Friday when the question came up again.

With Trump in Iowa for the first time in the new year, Iowans were also seeing a sharp contrast between the grinding Iowa campaign of Cruz and the splashy mega-rallies that have become as much Trump’s brand as his gilded hotels. Both have attracted overflow crowds.

While Trump’s style marks a break from tradition, his campaign says he’s able to reach far more potential voters than candidates at smaller events can.

Campaign manager Corey Lewandowski said earlier in the week that Trump has a series of stops planned for the next three weeks leading to the caucuses, including multiple overnight stays.

“Next couple of weeks, I’m going to be seeing you so much that you’re going to be so sick of me,” Trump said in Clear Lake.