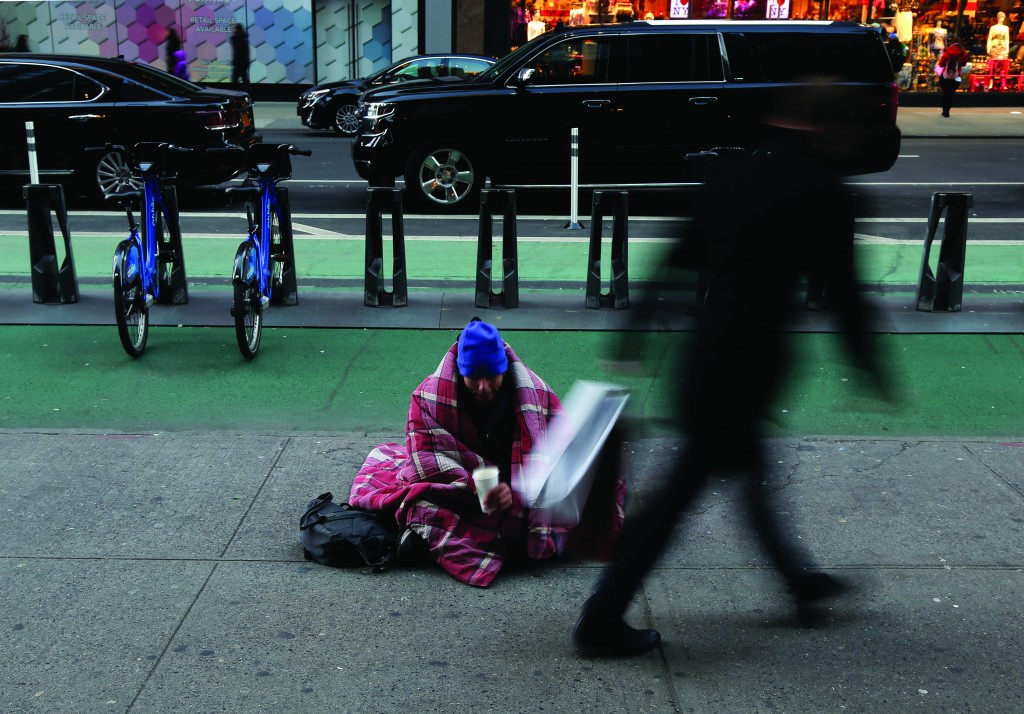 As bitter winter weather arrived in the Northeast, New York’s governor issued an executive order requiring the homeless to be forcibly removed from the streets in freezing temperatures, an unprecedented government intervention that faced immediate legal questions and backlash.

The order, believed to be the only one of its kind in any city or state, would require communities to reach out to their street homeless populations and take those people to shelters, voluntarily or not, once the temperature drops to 32 degrees Fahrenheit or below.

“We have to get people in off the streets,” Democratic Gov. Andrew Cuomo said.

But the order faced resistance, including from New York City officials, who threatened not to comply. The prospect of forcible removals from the streets also raised deep worries among advocates for the homeless.

“Put simply, being homeless is not a crime,” said Mary Brosnahan, president of the Coalition for the Homeless in New York, who warned that aggressive measures would push “the most marginalized homeless men and women further away from the very networks needed to engage them.”

On Monday night, Mayor Bill de Blasio’s office said, 97 homeless people were taken into shelters — one of them “involuntarily.”

One homeless man, Eddie Rouse, said he feels safer and more comfortable riding subway trains for warmth on frigid New York City nights than he would in a shelter.

“I’ve been in a shelter, and I’m telling you, a lot of those people need to be in mental institutions,” said Rouse, who is 64. “You’ve got drug addicts. You have to wake up at a certain time and leave at a certain time. So they’ll put you back in the cold. You can’t stay in the shelter. It’s not a safe haven.”

Under current state law, a police officer or outreach worker can take people from the street only if they appear to be in imminent danger or display signs of mental illness.

Cuomo aides said Sunday that state officials were interpreting the law to mean anyone who chose to turn down shelter in favor of sleeping outside in freezing temperatures inherently displayed some degree of mental illness and could therefore be removed. The governor’s office later appeared to walk back that interpretation.

“Obviously, the order does not mandate involuntary commitment for competent individuals,” Cuomo’s counsel, Alphonso David, said in a written statement.