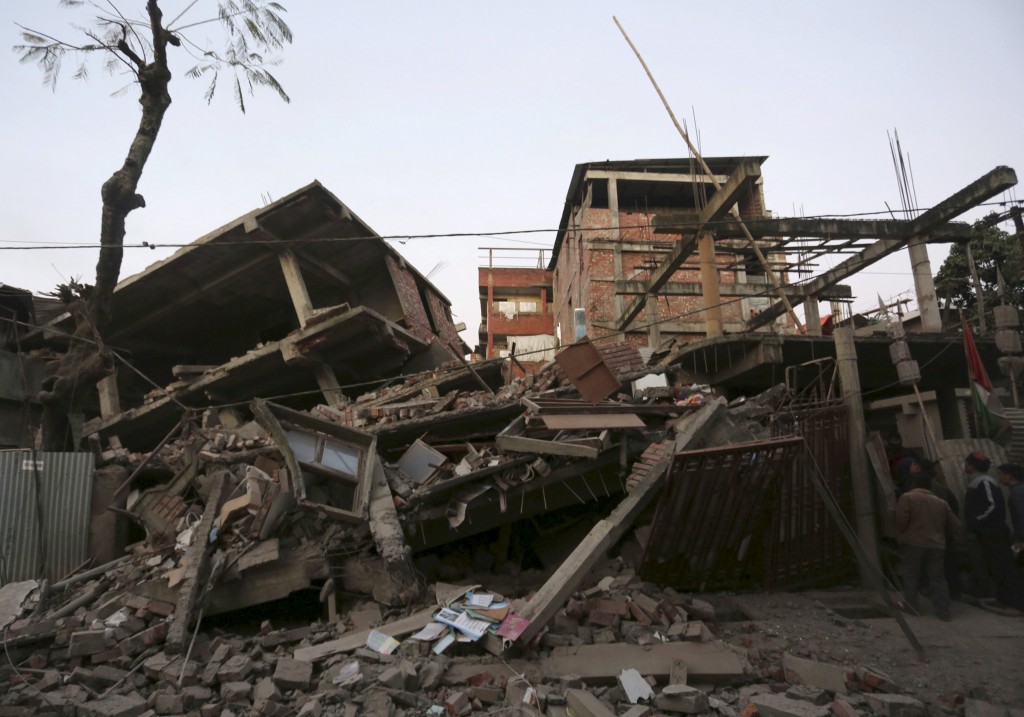 The death and injuries were caused by falling debris. Three people were killed in Imphal, the capital of Manipur state, and another three in other parts of the state, said police officer A.K. Jalajit.

The powerful tremor left large cracks in walls and a portion of a popular market building collapsed in the state capital. The area is dotted with small houses. There are few tall buildings in the region, although a newly constructed six-story building collapsed in Imphal, the police control room said.

A bridge also was damaged on the outskirts of Imphal, police said.

India’s Meteorological Department said the epicenter of the quake was in Tamenglong region of Manipur state. It struck before dawn on Monday at a depth of about 10 miles (17 km) not far from the border with Myanmar.

Police officer L. Ragui said dozens of homes were slightly damaged in Tamenglong. No deaths had been reported so far in this area, but four people suffered injuries when a wall collapsed on them, Ragui said by the telephone.

“It lasted for around one minute. We were sleeping and were woken up by the earthquake,” he said.

Telephone and electricity connections were disrupted in some areas.

The epicenter was 20 miles (35 km) northwest of Imphal. The area is remote, with poor cell phone and internet connections, and information about conditions outside of major cities may take time to emerge.

People panicked and rushed out of their homes in Gauhati, the capital of neighboring Assam state, as they felt massive shaking at least twice within 60 seconds.

In Imphal, residents said furniture was knocked over and books fell off shelves.

“The ground swayed for almost a minute, jolting people awake in their homes,” said one resident, Apem Arthur.