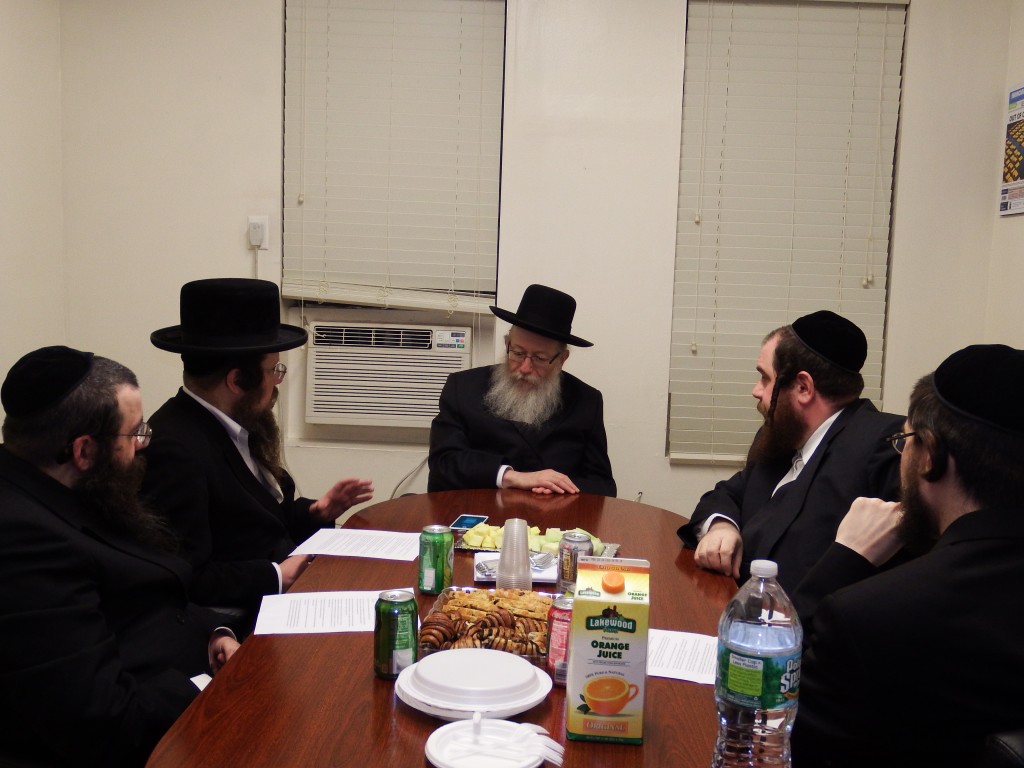 Rabbi Yaakov Litzman, Israel’s health minister, was at Hamodia’s office in Brooklyn Thursday afternoon during a weeklong visit to the United States.

Rabbi Litzman discussed with Hamodia’s editorial board his accomplishments in office, primarily his law which takes effect on Friday providing free dental care to all children up to the age of 18. He talked about his relationship with other members of the Knesset and how his surprise visits have forced Israeli hospitals to improve.

Rabbi Litzman, who is scheduled to meet with the U.S. Health and Human Services Secretary Sylvia Burwell next week, also discussed the excellent cooperation between the United States and Israel on healthcare.

Rabbi Litzman had a whirlwind day Thursday, visiting two New York hospitals and several Gedolim. He met with the Rebbes of Bobov, Klausenburg and Rachmastrivke.

Rabbi Dr. Aaron Twerski, a Brooklyn Law professor who attended the meeting, said that it was good for Maimonides to meet Israel’s health minister, “since it demonstrated how a Charedi is capable of effecting change in government.”

Maimonides has 9,000 births annually, the largest in the state. Rabbi Litzman told Maimonides CEO Ken Gibbs that in Yerushalayim’s Shaarei Tzedek hospital alone there is twice that number annually.

“He said that he is not a doctor and does not have a degree,” Rabbi Twerski said. “But he has been in the Knesset for over 17 years and has proven that all you really need is a good heart to effect change.”

Rabbi Litzman will be in Miami for Shabbos for an Agudath Israel of America convention, where he will speak at the keynote Motzoei Shabbos session.

An interview with Rabbi Litzman will, iy”H, appear in the weekly edition.