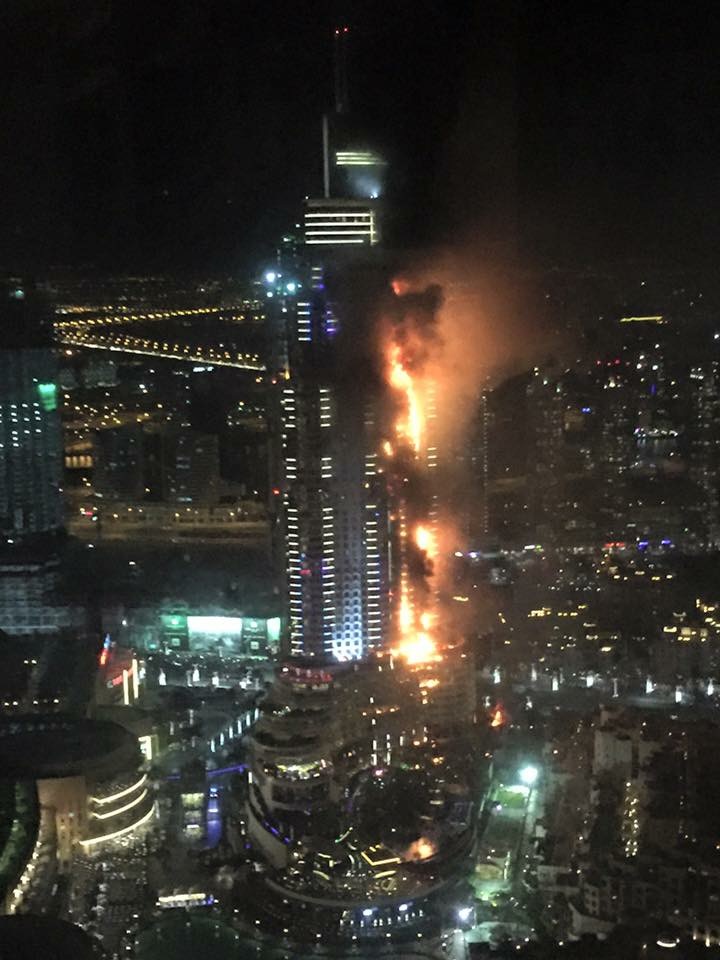 A massive fireworks display kicked off at the world’s tallest tower in Dubai, while plumes of smoke billowed in the air from a fire raging at a nearby tower.

Tens of thousands of people attended the display taking place at the Burj Khalifa, while teams of firefighters were working to put out a blaze that engulfed the 63-story Address Hotel and residential building. At least 14 people were slightly injured and one person suffered a heart attack from the smoke and over-crowding during evacuation late Thursday.

The Dubai government’s media office said the blaze had started on the 20th floor, on the outside of the tower, and that internal fire-fighting systems were operating to try to prevent it getting inside the hotel.

According to Dubai authorities, the blaze is at least 90 percent under control.