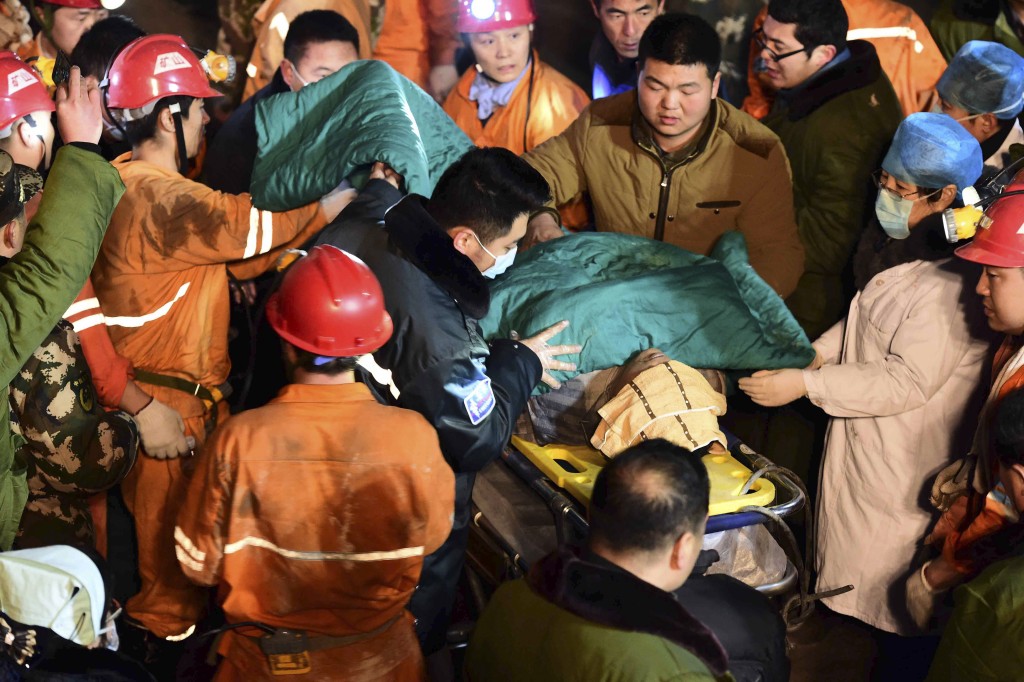 Rescuers using infrared cameras to peer into darkness at a wrecked mine in eastern China on Wednesday found eight surviving miners who were trapped for five days after a collapse so violent it registered as a seismic event.

The disaster on Dec. 25 at the gypsum mine in Shandong province killed at least one worker. Nine others remain missing, and 11 made it to safety or were rescued early on.

The workers were weak with hunger but otherwise were in good health, CCTV reported. They told rescuers they were in passages underground that were intact.

Two days after the collapse, the owner of the mine, Ma Congbo, apparently took his own life by jumping into a well. Four top officials in Pingyi County, where the mine is located, have been fired.

The collapse at the gypsum mine was so massive that the national earthquake bureau detected a quiver with a magnitude of 4.0 at the mine site.

Gypsum is a soft sulfate mineral that is widely used in construction.

China’s mines have long been the world’s deadliest, but safety improvements have reduced deaths in recent years. Last year, 931 people were killed in mine accidents in China, drastically down from the year 2002, when nearly 7,000 miners were killed.