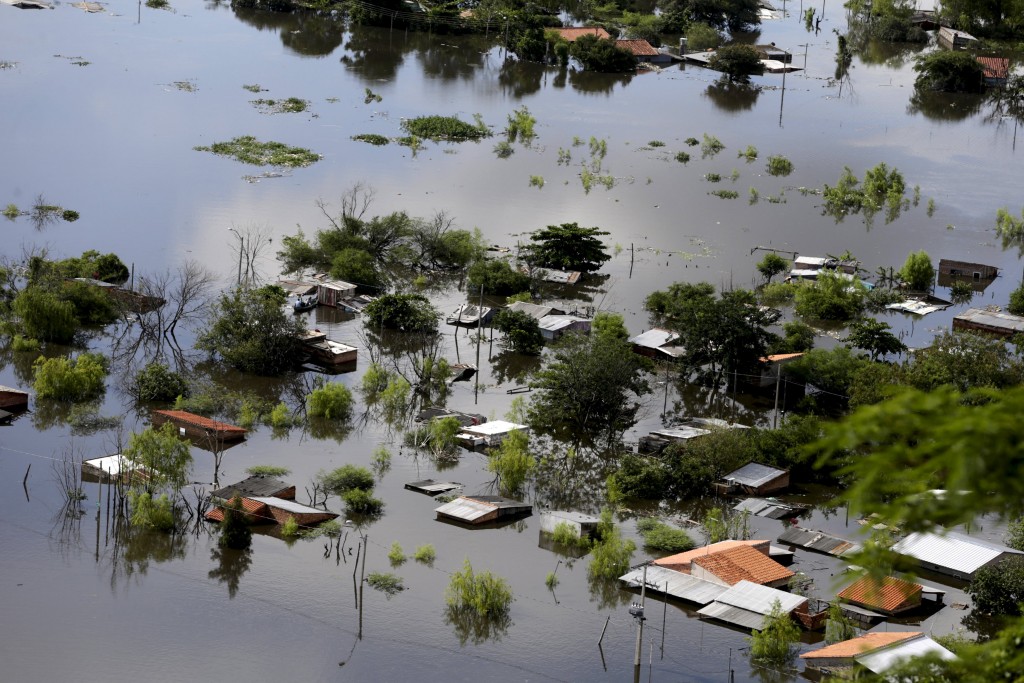 More than 100,000 people have had to evacuate from their homes in the bordering areas of Paraguay, Uruguay, Brazil and Argentina due to severe flooding in the wake of heavy summer rains brought on by El Niño, authorities said on Saturday.

In the worst affected country, Paraguay, around 90,000 people in the area around the capital city of Asuncion have been evacuated, the municipal Emergencies Office said. Many are poor families living in precarious housing along the banks of the River Paraguay.

The Paraguayan government has declared a state of emergency in Asuncion and seven regions of the country to free up funds to help those affected. Several people have been killed by trees falling in the storms that caused the flooding, local media reported. There was no official death toll yet.

In Alberdi, some 75 miles south of Asuncion, the government recommended that several thousand more people, living along the banks of the River Paraguay, evacuate.

“(The flooding) was directly influenced by the El Niño phenomenon which has intensified the frequency and intensity of rains,” the national Emergencies Office said.

“Severe droughts and devastating flooding being experienced throughout the tropics and sub-tropical zones bear the hallmarks of this El Niño, which is the strongest in more than 15 years,” WMO chief Michel Jarraud said in a statement.

Officials at Paraguay’s Emergencies Office said the river might rise even more in the coming days, stabilizing and falling back towards normal levels from January onwards.

In northern Argentina, around 20,000 people have also had to abandon their homes, the government said on Saturday.

“We are going to have a few complicated months, the consequences will be serious,” said Ricardo Colombi, the governor of the Corrientes region, after flying over the worst affected areas with national Cabinet Chief, Marcos Pena.

Pena said national government aid was already on its way and the new president, Mauricio Macri, who took office earlier this month, intended to make improving infrastructure a priority so that such flooding did not occur again.

“Argentina has a very big lack of infrastructure,” he said. Macri will visit the flooded areas on Sunday.

In Uruguay, more than 9,000 people have had to flee their homes, according to the national Emergencies Office, which added that it expected water levels to remain at their current level for several days before subsiding.

At least four people have died in Argentina and Uruguay due to the storms and floods, according to local media reports. One was reported to have drowned, while another was electrocuted by a fallen power cable.

Brazil’s President Dilma Rousseff also flew over the flooded areas on the border with Argentina and Uruguay on Saturday morning. Rio Grande do Sul state Civil Defense said 1,795 people were left homeless there after 38 towns were affected by heavy rains.