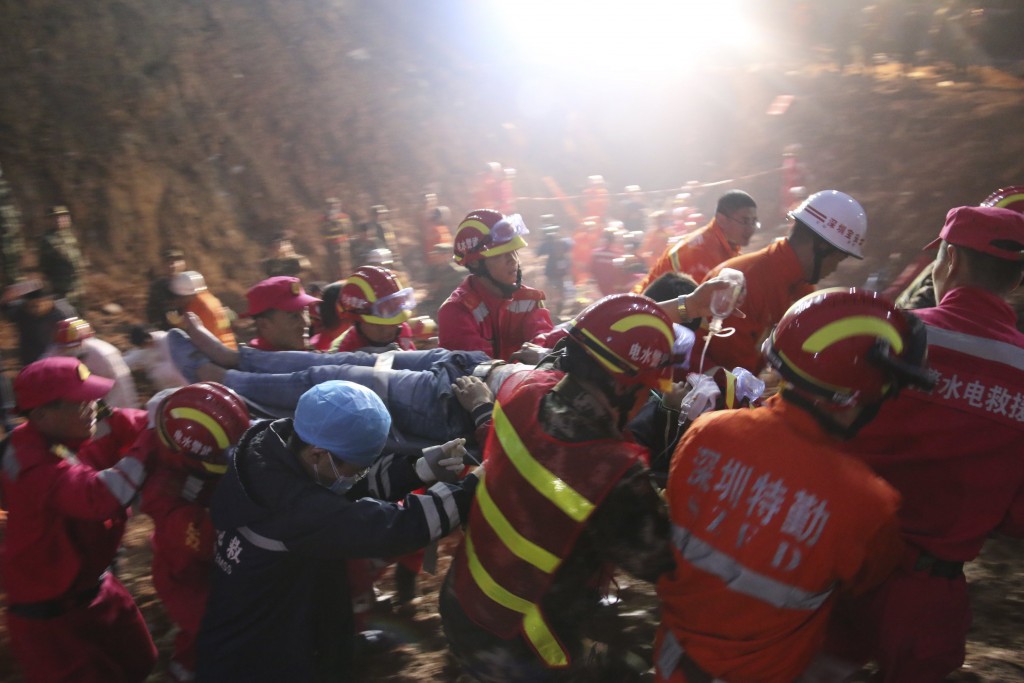 A 19-year-old migrant worker was pulled out alive Wednesday, after he was buried for more than 60 hours in a massive landslide that swept through part of a major manufacturing city in southern China.

Rao Liangzhong of the Shenzhen Emergency Response Office said that the man, Tian Zeming, was rescued around dawn on Wednesday. He said Tian was from Chongqing in southwestern China. No other details were immediately known.

More than 70 people are still missing since the Sunday landslide, when a mountain of construction waste material and mud collapsed and flowed into an industrial park in Shenzhen. Shenzhen is a major manufacturing center, producing everything from cellphones to cars, and it attracts workers from all parts of China.

The Ministry of Land and Resources said that over the past two years, a steep man-made mountain of dirt, cement chunks and other construction waste had been piled up against a 100 meter (330 foot) high hill. Recent heavy rains saturated the soil, making it heavy and unstable, and ultimately causing it to collapse with massive force in and around an industrial park.

Under pressure from the media, officials allowed about 30 journalists, mostly from foreign outlets, to approach an edge of the disaster area. Flanked by police, reporters could observe military posts with computers and disease control stations set up for the rescue workers.

State media reported that the New Guangming District government identified the problematic mountain of soil months earlier. The Legal Evening News said a district government report from January revealed that the dumping spot contained 1 million cubic meters of waste, and had warned of a coming “catastrophe.”