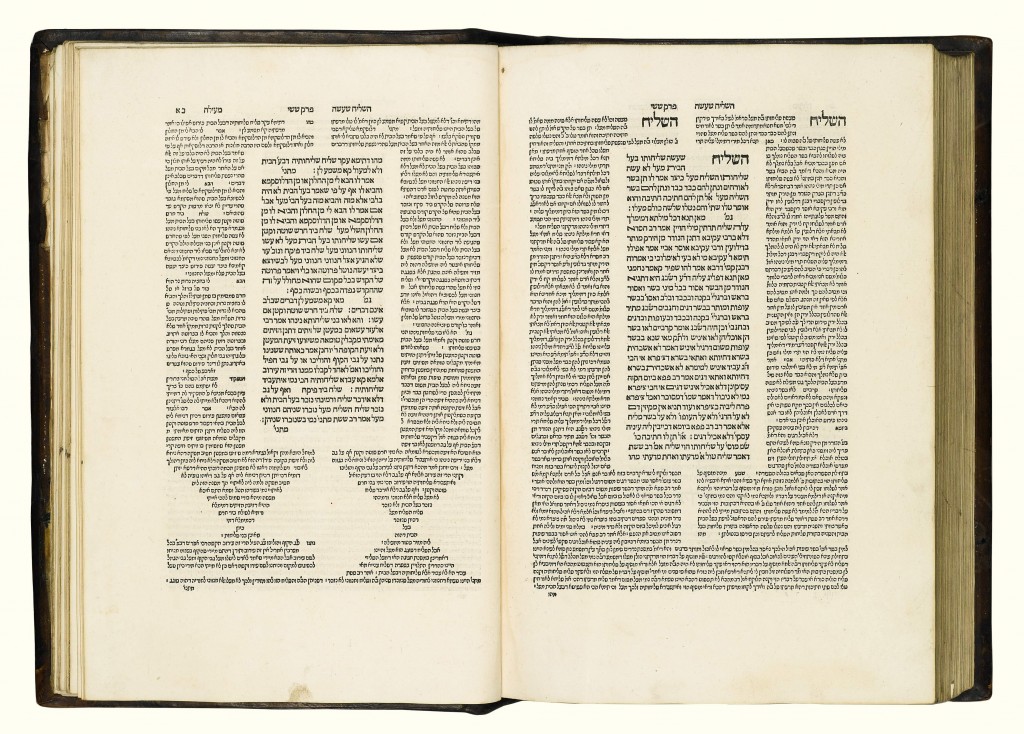 A 16th-century set of Shas sold at auction for $9.3 million in New York, a global record for any piece of Judaica, auctioneers Sotheby’s announced Tuesday.

The extremely rare, nine-volume set of Talmud Bavli had been expected to fetch between five and seven million dollars.

“These extraordinary volumes were purchased by Stephan Loewentheil for the 19th Century Rare Book & Photograph Shop” in New York, the auctioneers said.

The so-called “Bomberg Talmud” led a sale of items from the Valmadonna Trust, the world’s foremost collection of sefarim and manuscripts, which totaled $14.9 million.

Arguably, Bomberg’s greatest achievement was the printing of the first edition of Talmud Bavli. Bomberg also printed the first Talmud Yerushalmi, and the first Chumash with Mikraos Gedolos, a four-volume set of Chumash with the commentaries.

This precious set had been preserved for centuries in the library of Westminster Abbey in London.The 16th-century Oxford University professor who owned this Talmud had willed it to London’s Westminster Abbey, where it sat for 450 years, Redden said. “It was not consulted frequently in a Christian church,” Redden said, tongue-in-cheek. “Therefore it’s in pristine condition.”

The 11,000 items in the Valmadonna Trust collection document life in the Jewish Diaspora from Europe and Africa to Asia, spanning a millennium, Sotheby’s vice chairman David Redden told The Associated Press last month. Some items have burn or water marks or other signs of religious persecution such as censored, inked-over passages.

The bulk of the collection is to be auctioned next year. It represents writings from wherever Jews lived, including 19th-century India and early 20th-century China, the auction house said. “Jews were dispersed around the world, but they clung on to their heritage, in many cases in the face of severe persecution,” Redden said.

While institutions such as the British Library, the National Library of Israel and other libraries have vast Judaica holdings, “this is the greatest collection of Hebrew books and manuscripts in private hands,” Redden said.

Sotheby’s first displayed all 11,000 items to the public in 2009, planning to sell them as one lot at an estimated value of at least $30 million.

“There was a tremendous amount of interest, but it didn’t sell,” Redden said, noting that buyers may have been discouraged by demands that the collection remain intact while being available to the public and to scholars. The all-as-one-lot auction was never held, though interest in the collection was so intense that thousands of people lined up outside Sotheby’s each day in the heart of winter, just for the chance to take a look.