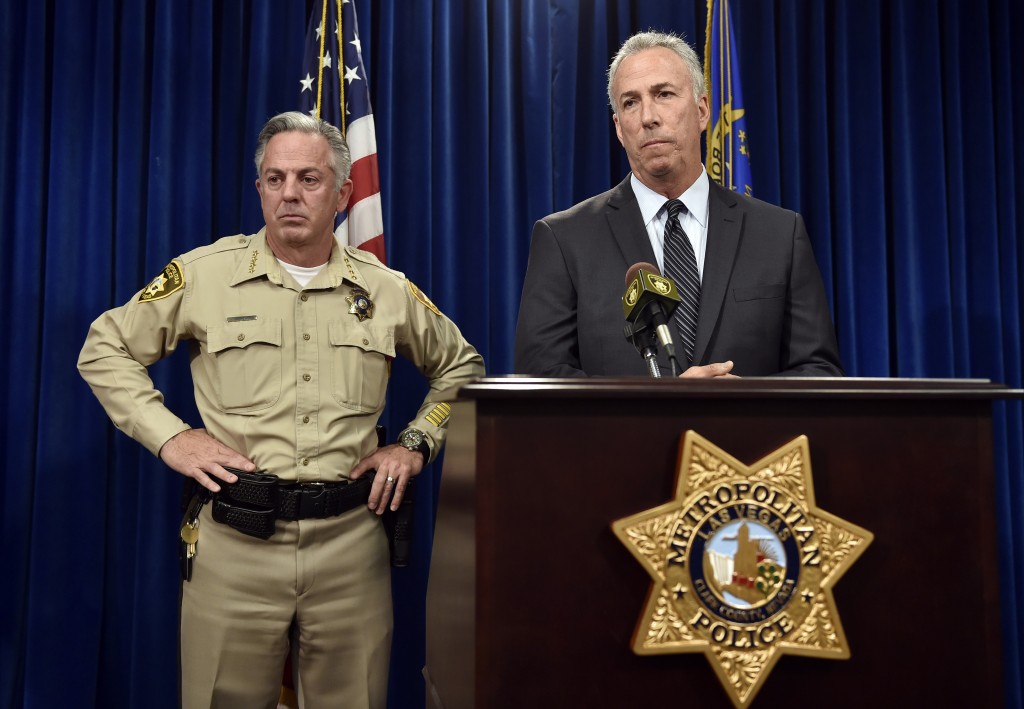 The woman who was arrested after mowing down pedestrians on the Las Vegas Strip on Sunday evening has been identified as 24-year-old Lakeisha N. Holloway, of Oregon.

Holloway, whose 3-year-old daughter was also in the car, smashed into crowds of visitors on the Las Vegas Boulevard, then drove to a hotel and told a valet to call 911 after killing a woman from Arizona and injuring dozens of others, authorities said Monday.

People jumped on the car and banged on its windows, but Holloway would not stop driving on the sidewalk, Clark County Sheriff Joe Lombardo told reporters. Video appeared to show that the crash in front of the Paris and Planet Hollywood casino-hotels was intentional, he said.

The 1996 Oldsmobile sedan was fully on the sidewalk twice Sunday night, including once when it traveled for 200 feet, police said. The child in the car was not hurt.

Holloway drove a few blocks to a hotel, parked and asked a valet to call police, saying she had run over some people on the Strip, Lombardo said. She was stoic when she was arrested, he said.

Lombardo said police did not have a definitive motive but that they believe she had a falling out with the father of her child before the crash. A drug-recognition expert on the scene determined Holloway was under the influence of a “stimulant,” but blood-test results were pending.

Holloway last lived in Oregon and had been in Las Vegas for about a week, where she was believed to be homeless and living in the car, authorities said.

She faces a charge of murder with a deadly weapon and is being held without bail, prosecutors say. District Attorney Steve Wolfson said he also is considering a slew of other charges.

At least 35 people injured in the crash were taken to hospitals, including three people still in critical condition with head injuries, officials said.