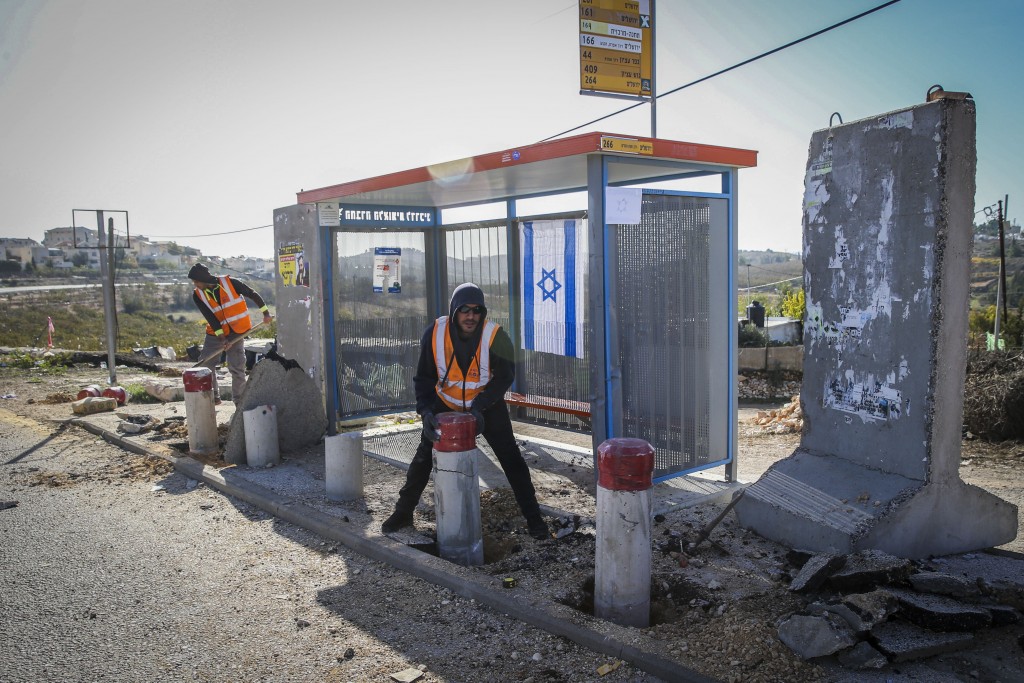 Meir Turgeman, Deputy Mayor of Yerushalayim, says that he is embarrassed by the decision to put security barriers at some 300 bus stops around the capital.

Prime Minister Binyamin Netanyahu and Internal Security Minister Gilad Erdan endorsed the proposal made by Yerushalayim Mayor Nir Barkat on Monday in the aftermath of the car attack at a bus stop that wounded 11 people.

“Yesterday we started putting barriers at bus stops – I’m embarrassed by that,” Turgeman, from Barkat’s Yerushalayim Tatzliah faction, told Arutz Sheva. “The state of Israel needs to do everything so that the residents in Yerushalayim will feel comfortable going to and visiting any place without living under defense. The defense needs to be there,” he said, indicating the Arab areas where the terrorists live.

“I wouldn’t let them leave their houses and villages. We are far too humane and considerate of them, and we pay for it with lives,” he said.

“They come here to murder children, to harm us as Jews, and I think that the government needs to take responsibility and end it.”

However, such a shift in policy is unlikely. A few weeks ago, the government did set up heavily-manned checkpoints around Arab several neighborhoods in eastern Yerushalayim known to be the homes of terrorists and rioters. But after strident complaints, Netanyahu quickly ordered them removed.

Meanwhile, the bus stop barriers are going up, a project that is supposed to take a month and cost two half a million dollars.