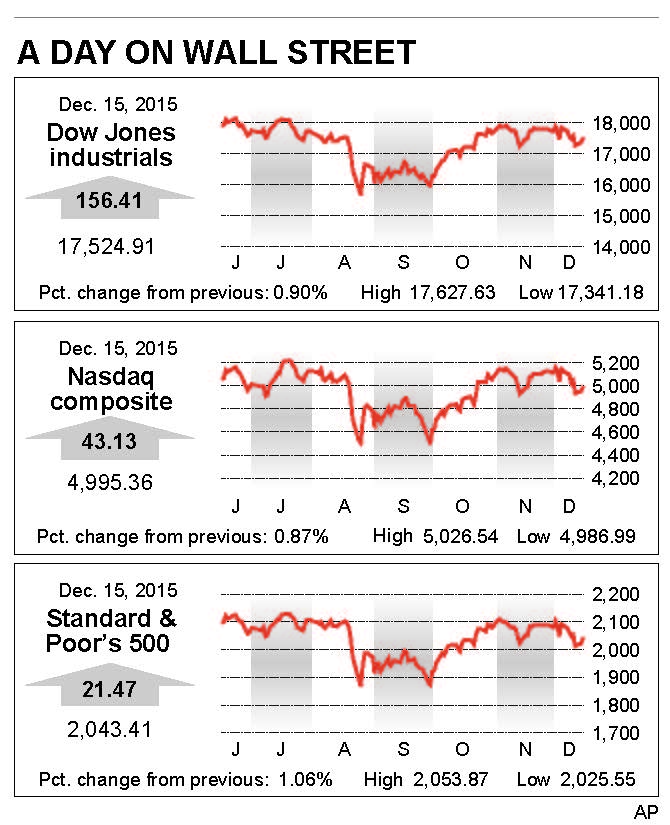 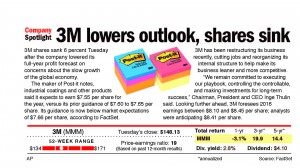 Stocks posted their biggest gains in more than a week Tuesday, led by rising energy companies and banks.

The market was higher all day, building on a late gain the day before. The Standard & Poor’s 500 index rose for the second day in a row, something that hadn’t happened since early November. Energy stocks rose as the price of crude oil jumped 3 percent, and banks moved higher a day ahead of an expected rate increase by the Federal Reserve.

Stocks have been on a bumpy ride ever since a six-week winning streak ended in early November. They dropped sharply in mid-November, then bounced back the following week, but failed to build consistently on those gains.

Last week, a plunge in the price of oil set off a sharp drop in energy stocks, which dragged the broader market down to its second-worst weekly performance of 2015. Now with more encouraging signs on the economy, many expect the Fed to begin returning borrowing costs back toward normal levels with its first interest rate increase in nine years.

The government said early Tuesday that prices for a variety of goods and services rose last month, including plane tickets and medical care. Overall prices were unchanged from last year because food and energy prices are weak, but “core inflation,” which leaves out energy and food, rose 0.2 percent. That’s the best result in more than a year.

Michelle Girard, chief U.S. economist for RBS, said the reassuring signal on inflation should remove any last barriers to the Fed to raise rates. The inflation report gave the Fed “a green light to take action tomorrow,” Girard said. The Fed’s key short-term interest rate has been near zero for seven years.

Natural gas continued to tumble. Its price for gas slid 7.2 cents, or 3.8 percent, to $1.822 per 1,000 cubic feet. That’s the lowest since March 1999, not adjusting for inflation. Industrial demand for natural gas has been weak, and the warm weather means most Americans haven’t needed as much heat for their homes as they usually do this time of year.

High yield bonds have been attractive to investors in recent years because their returns are high. But investors are becoming worried that more companies could default.

“Buyers of high yield bonds will be, on average, pretty happy five years from now,” he said. “But I think they’re going to be pretty unhappy in the next three months.”

Prices for U.S. government bonds, which are considered extremely low-risk, fell. The yield on the 10-year note rose to 2.27 percent from 2.23 percent late Monday.