National Rivlin Visits With Obama in the White House
National 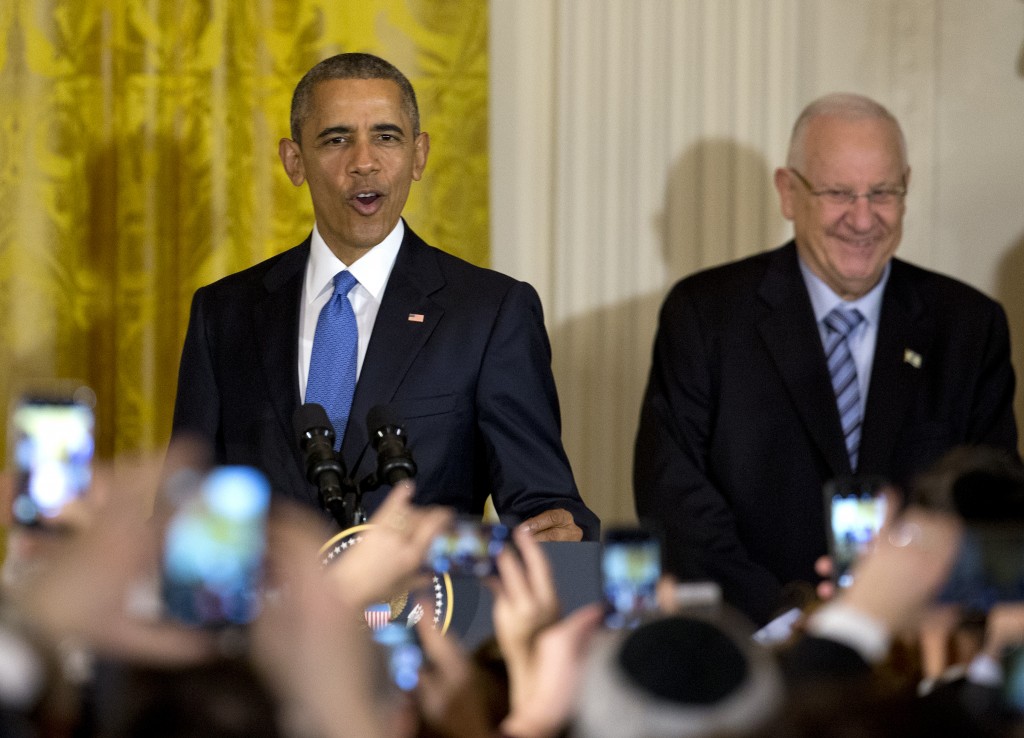 President Obama and Israeli President Reuven Rivlin met in the White House on Wednesday, where they took the opportunity to “reaffirm the unbreakable bonds between our two countries and our two people,” in the words of the U.S. president.

After the meeting, Rivlin attended a White House Chanukah ceremony.

Obama said he and Rivlin would discuss “the work that we’re doing to develop another memorandum of understanding that can lay the foundation for additional long-term assistance for Israeli’s defenses,” said Obama before their meeting. He said they would also discuss “what is a very volatile neighborhood” in the Middle East” and “the challenges that we all face from terrorism, from instability in the Middle East.”

Obama also said they would speak of the ways in which the U.S. can be “helpful in tamping down tensions between Israelis and Palestinians.”

“The obvious should be said from time to time and even be written: Israel has no greater friend than the United States,” Rivlin said.

The meeting Wednesday was Rivlin’s first with the American president.

Upon his departure from Israel Tuesday, Rivlin said that “I have always celebrated Chanukah together with my family and grandchildren, but if I must be away, I am pleased that it will be in the USA, alongside our strongest and closest ally. The friendship between Israel and the United States is an expression of a deep bond. It is the bond between two countries, and between two peoples, and I intend to express to the president, in the name of all the people, Israel’s appreciation for the uncompromising support of the United States, in each moment, and in every situation.