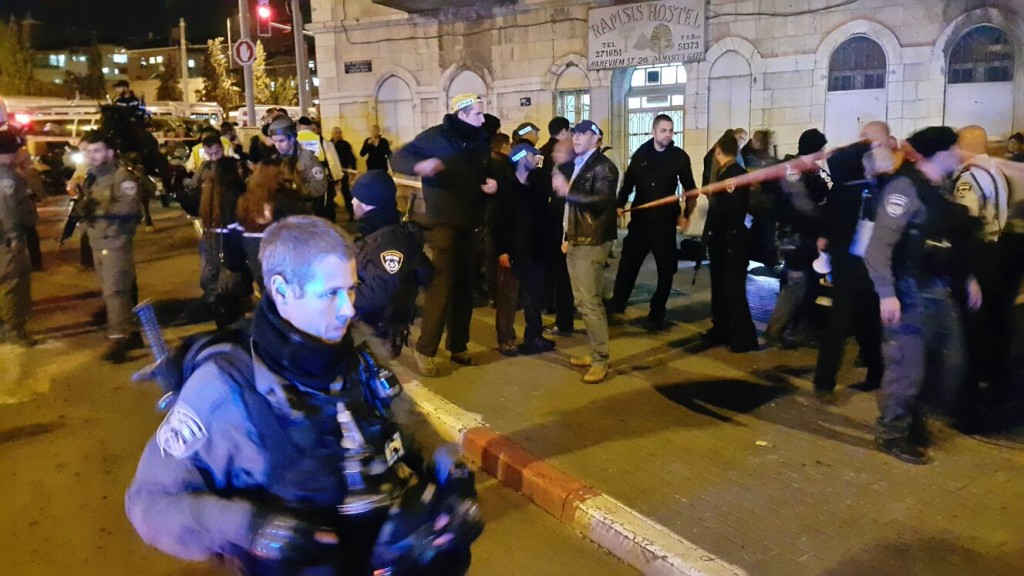 An Israeli police officer was wounded in a stabbing attack Thursday evening in the area of the Damascus Gate of the Old City of Yerushalayim (Sha’ar Shechem). The victim was a 35 year old police officer, who was moderately injured, officials said. The terrorist was shot by nearby officers and killed.

The victim was taken to the Shaare Zedek hospital for treatment. According to witnesses, a second terrorist escaped from the scene. Police are searching for him.

On Sunday, an Israeli Border Police officer was wounded lightly in a stabbing attack near the Damascus Gate, very close to the site of Thursday’s attack. The stabber was shot and killed by security personnel. The victim was treated on site and then taken to Shaare Tzedek Hospital for further treatment.