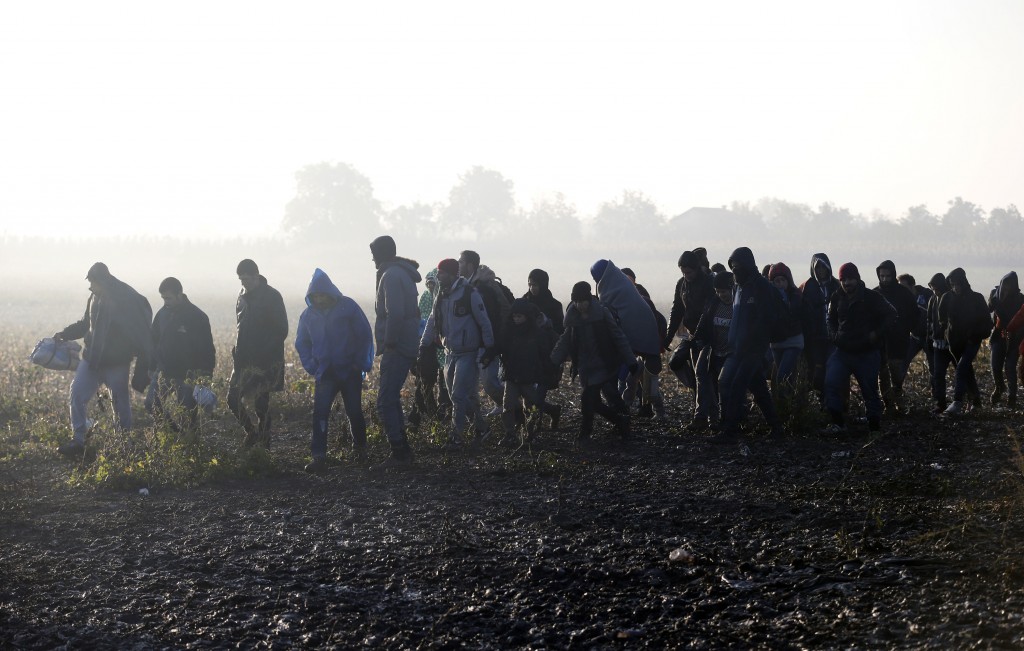 The man traveled through Budapest’s eastern railway station, Janos Lazar told reporters, without naming him or saying exactly when he visited the city.

“I can confirm that … based on current information of the Hungarian secret services, one of the chief organizers of the Paris attack … had been in Budapest,” he added.

Earlier Thursday the head of the European Union’s border agency told an Austrian newspaper that he is worried about countries building border fences within the EU to try to curb a surge of migrants.

“I am really troubled, as the director of Frontex and as a European citizen, that member states are now building fences within the European Union,” Fabrice Leggeri said in an interview with the Austrian daily Kurier published on Thursday.

“That’s why we must intensify our efforts on the external borders,” said Leggeri, whose agency is demanding more border officers and powers.

Macedonia last week began erecting a metal fence to keep out migrants at the Greek border who were trying to get to Western Europe. It was the latest in a series of such moves by countries along the main migratory corridor from Greece to Germany.

Austria said in October it would begin building a fence on either side of its busiest border crossing with Slovenia, which has begun erecting its own razor-wire fence along parts of its frontier with Croatia.

Hungary’s anti-immigrant government shut its border to arriving migrants in October, starting a trend that has put severe strain on the European Union’s prized system of open borders.