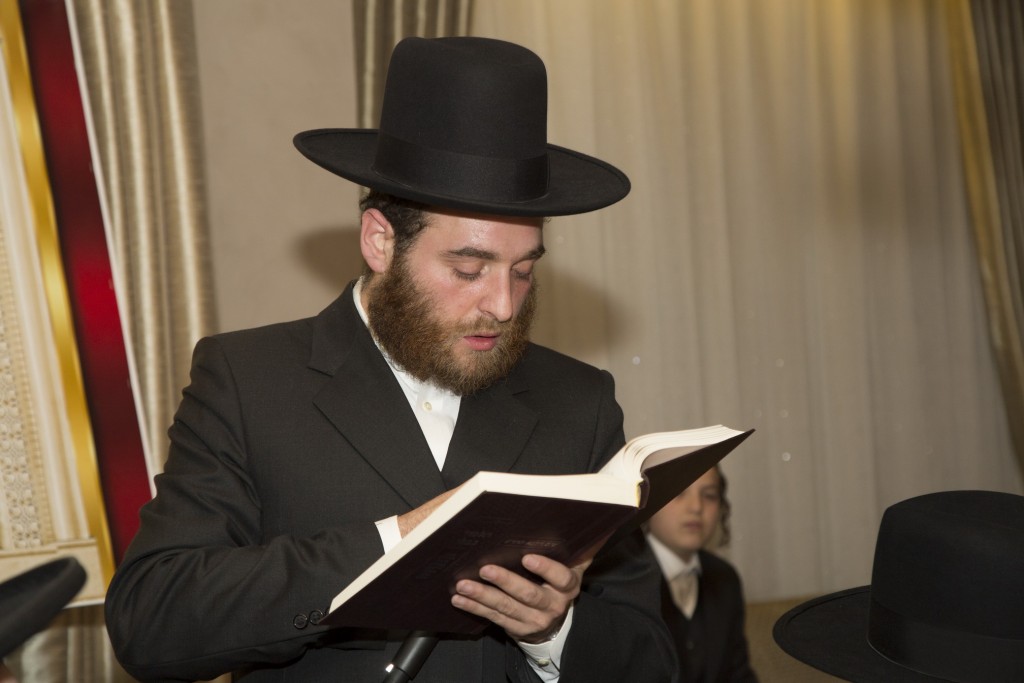 Yitzy Gumbo, a Boro Park construction manager, celebrated a siyum haShas together with a large crowd of friends and family, Tuesday night. Speakers and attendees were specifically impressed by his achievement, especially in light of the exhausting nature of Mr. Gumbo’s job and the fact that his dedication allowed him to complete the entire Shas in only five and a half years.

“It was an amazing and emotional event,” Yosef Rappaport, who attended the event, told Hamodia. “I knew that it was going to be beautiful, but it really shows that no matter what you do, you can achieve great things in Torah.”

A few weeks ago, a co-worker at Park Developers, Yanky Freidman, found out that Mr. Gumbo was on track to finish the his final mesechta. He approached the company’s owner, Ahron Yida Leibowitz, about making a major event to mark Mr. Gumbo’s accomplishment.

Wanting to surprise their friend, they arranged for a gourmet meal and music, inviting Park Developers employees together with Mr. Gumbo’s friends and family. The baal siyum himself was invited to attend a “formal tzadakah event” at his employer’s Boro Park home.

Rabbi Asher Wahrman, director of the Women’s League, with whom the baal hasiyum has worked extensively on several projects, spoke of the message that the siyum sends to every Jew. He quoted the Gemara that mentions several Taana’im and others who have set examples of achieving great heights in Torah in spite of justifications that could have exempted them. The text concludes that “Hillel obligates the poor, Rabi Elazar ben Charsom obligates the rich…”

“Yitzy obligates the busy people,” concluded Rabbi Wahrman. He added that the example of someone who can engage in grueling physical labor all day and still put aside enough hours to learn every night to complete Shas in only five-and-a-half years makes high demands on the rest of us.