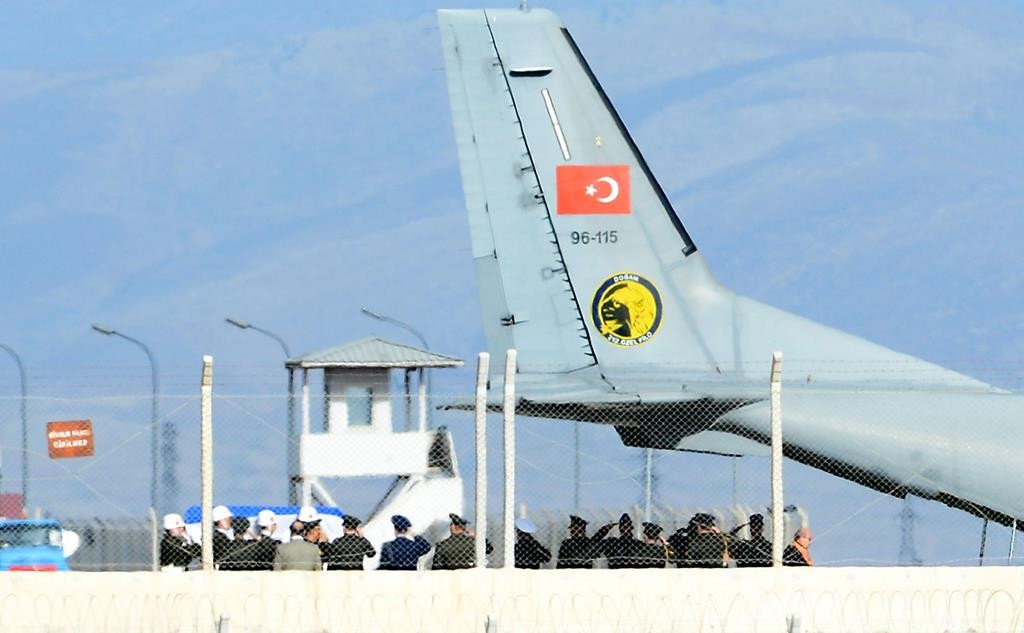 Turkey recovered the body of a Russian pilot from northern Syria and presented it to Russian diplomats on Sunday, five days after shooting down his warplane in an incident that wrecked relations between two of the main powers involved in Syria’s war.

A coffin carrying Oleg Peshkov arrived by ambulance on the tarmac of Hatay Airport in southern Turkey near the Syrian border, a Reuters photographer said.

It was flown to the capital Ankara, where according to Russia’s RIA news agency it was met at an airfield by Moscow’s ambassador and military attaché. The Russian embassy declined to comment and Turkish officials did not immediately disclose when the body would be repatriated to Russia.

Since the downing of the plane, Moscow has ramped up air strikes against rebels in Syria near the Turkish border. Civil defense workers in opposition-held territory said dozens of civilians were killed on Sunday in a strike by apparent Russian warplanes on a crowded market in the town of Ariha.

Turkish Prime Minister Ahmet Davutgolu said on Sunday that Peshkov’s body had arrived in Turkey overnight, but gave no further details of how it was recovered or brought across the border.