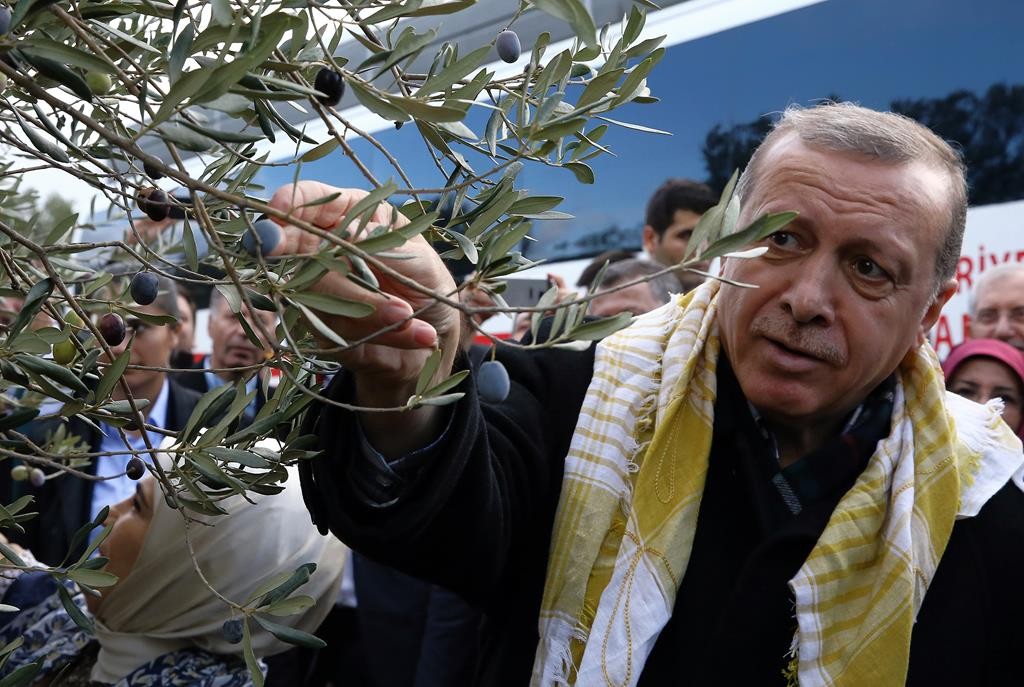 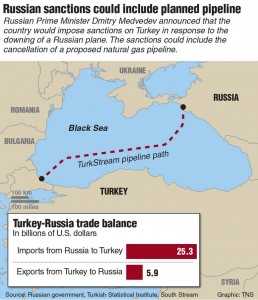 Prime Minister Ahmet Davutoglu criticized Russian economic sanctions on Turkey after the downing of a Russian fighter jet over the Syrian border last week, saying his priority was to defuse the tension and prevent similar incidents.

Russian President Vladimir Putin on Saturday announced measures against Turkey including the suspension of visa-free travel, halting tours to Turkey and a ban on the hiring of Turkish nationals. In Turkey, Deputy Prime Minister Mehmet Simsek chaired a meeting with other members of the nation’s economic administration to discuss the potential impact, according to a government official, who asked not to be named in line with official policy.

Turkey has sent a request for President Recep Tayyip Erdogan to meet with Putin on Nov. 30 during the climate summit in Paris, Dmitry Peskov, a spokesman for Putin, said Saturday in a broadcasted interview. Russia hasn’t replied yet, he said.

While it is still too early to quantify the impact of Russian sanctions on the Turkish economy, the effect could “clearly” be negative as Turkey stands to lose a major source of tourism revenue, said Apostolos Bantis, a credit analyst a Commerzbank AG in Dubai.

Turkey is the most popular foreign destination for Russians, with 3.3 million visiting in the first nine months of this year. They make up more than 10 percent of the tourists in Turkey, the second-highest number after Germany.

Trade volume between Turkey and Russia was about $32 billion last year, with the balance heavily weighted in Russia’s favor, according to data compiled by Bloomberg. Turkey’s imports accounted for about $26 billion of that total, much of it natural gas.

Erdogan on Saturday voiced regret over Turkey’s downing of a Russian warplane, saying his country was “truly saddened” by the incident and wished it hadn’t occurred.