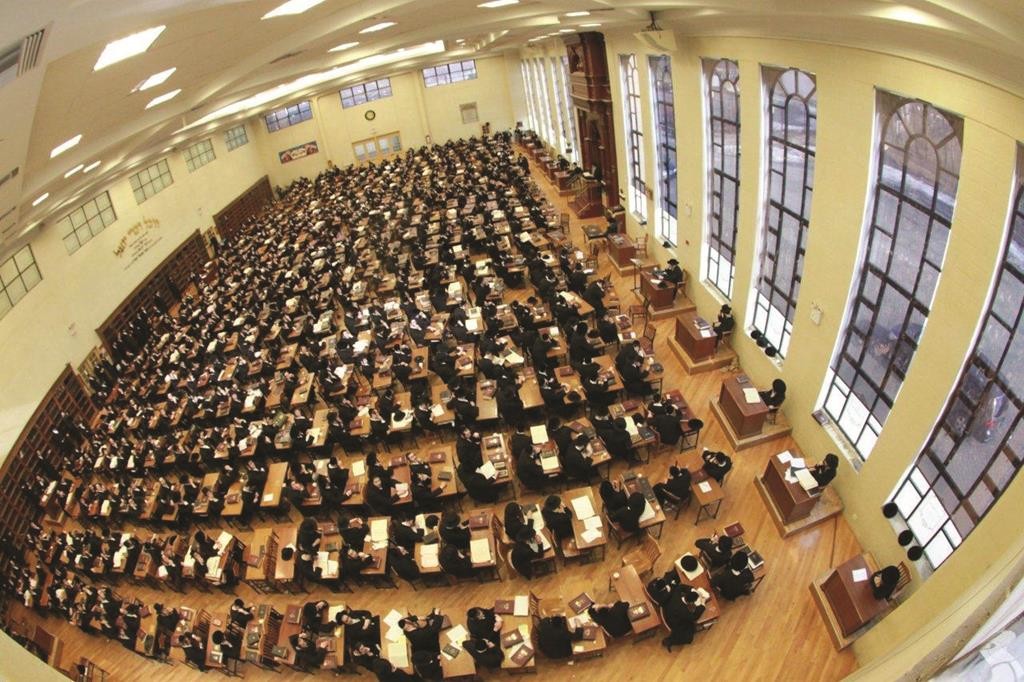 The de Blasio administration on Wednesday arrived at a landmark agreement to fund school safety agents to any yeshivah that requests them, a startling turnaround hailed by yeshivos as the first of its kind anywhere in the world.

Months after rejecting a bill that would have provided police officers to yeshivos, Mayor Bill de Blasio arrived at a compromise with the legislation’s sponsor, Councilman David Greenfield. Larger yeshivos may apply for funding based on how many students they have, and if approved can hire agents from a select list of private security agencies.

The original bill, which already has 45 city council sponsors out of 51 lawmakers, was not in the 2016 budget when the plan was announced in June. The mayor began discussions with Greenfield about two months ago and announced the agreement in a statement Wednesday.

“The safety of all children is our collective responsibility, and that’s something the NYPD and city agencies act on each and every day,” de Blasio said. “We’re pleased we could work productively with Speaker Mark-Viverito, Councilman Greenfield and their colleagues on an initiative that gives the administration the flexibility to develop a program that recognizes community needs, while addressing administration concerns about diverting critical police resources.”

Mark-Viverito called the bill a “landmark public safety measure,” which “is going to help keep children in private schools safe.”

“Nothing is more important than our children’s safety,” Greenfield said. “This legislation recognizes that all children, regardless of where they go to school, deserve to learn in a safe environment.”

According to Wiley Norvell, a spokesman for the mayor, the bill will be voted on early next year and implemented in the spring, or at the end of the current school year.

The safety agents must be registered and trained according to state law and they must be referred by a state-licensed security-guard agency. The law will also require that the guards are paid the prevailing wage, or about $49,000 a year.

The agents will all be civilians and they will be required to submit an annual report to the New York Police Department detailing any incidents that occurred. But the guards will be answerable to the yeshivos and will be available based on their schedule.

Spending on the program is capped at $19.8 million in the first year and allows for future increases as needed. The city estimates that about 500 guards will be hired.

“This will be a targeted and fiscally responsible effort that will bolster security where it’s most appropriate,” de Blasio said. “Additional security guards, who will work closely with the NYPD, will put more eyes and ears on the ground and will improve our ability to keep all New Yorkers safe.”

The agreement, 21 months in the works, according to Greenfield, was praised by yeshivah administrators and Jewish groups.

“This is wonderful news,” said Rabbi Chaim Dovid Zwiebel, Agudath Israel’s executive vice president. “At a time when the world all around us is becoming an increasingly dangerous place, it is reassuring to know that our political leaders have joined forces to upgrade the security of our precious yeshivos and other nonpublic schools.

“Councilman David Greenfield fought like a lion for this funding, and deserves the lion’s share of the credit for bringing this to fruition,” Rabbi Zwiebel added.

“This is landmark legislation!” emailed Rabbi Ephraim Scherman, administrator of Bais Brocho girls’ school. “Councilman David Greenfield will long be remembered for reassuring parents that their children will be safe. Councilman Greenfield simply does not give up on the essential issues, and for that he has earned the gratitude of us all.”

Another administrator praised the compromise as a “good start” but said that he hoped it would be made available to shuls and smaller yeshivos as well.

Councilman Chaim Deutsch, who chairs the council’s Non-Public Schools Subcommittee, called the agreement “great news.” However, he urged yeshivos to implement other security measures, such as scheduling an NYPD security survey and putting in cameras, safety drills and visitor passes.

Greenfield told Hamodia that the deal was “huge,” thanking the mayor for working with him in getting it passed.

“This is huge; no other city in the world does this,” Greenfield said. “This is a very big deal.”