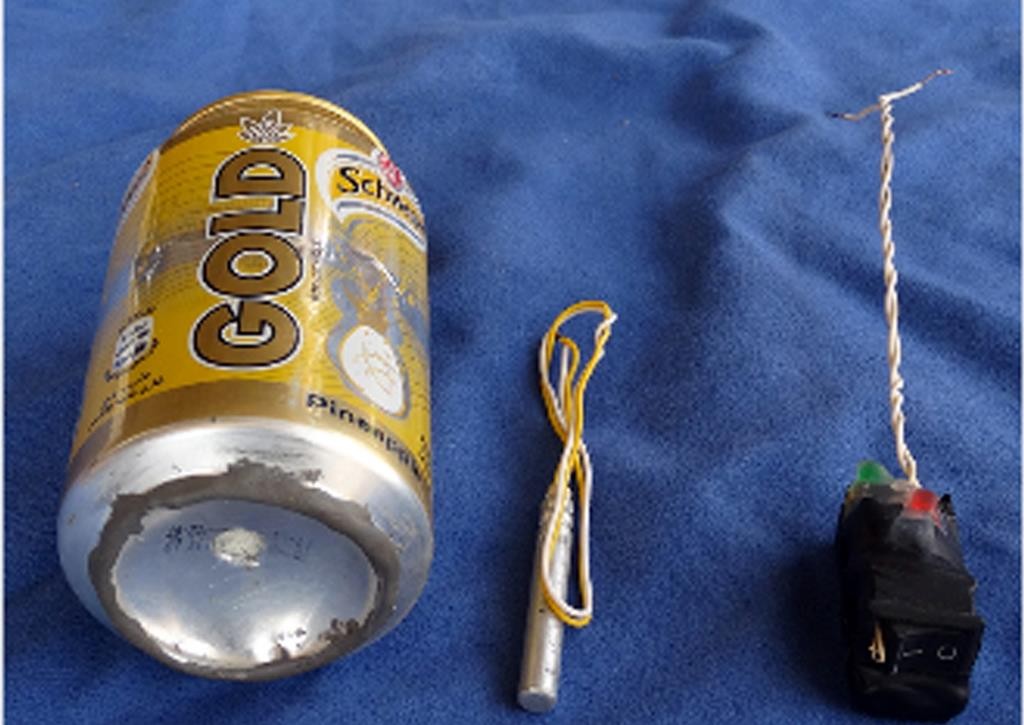 Islamic State’s official magazine carried a photo on Wednesday of a Schweppes drink it said was used to make an improvised bomb that brought down a Russian airliner over Egypt’s Sinai Peninsula last month, killing all 224 people on board.

The photo showed a can of Schweppes Gold soft drink and what appeared to be a detonator and switch on a blue background, three simple components that if genuine are likely to cause concern for airline safety officials worldwide.

“The divided Crusaders of the East and West thought themselves safe in their jets as they cowardly bombarded the Muslims of the Caliphate,” the English language Dabiq magazine said in reference to Russia and the West. “And so revenge was exacted upon those who felt safe in the cockpits.”

Western governments have said the plane was likely brought down by a bomb and Moscow confirmed on Tuesday it had reached the same conclusion, but the Egyptian government said it has still not found evidence of criminal action.

State Department spokesman John Kirby said on Wednesday the U.S. government was not in a position to confirm “the veracity” of the magazine’s claim.

“We do believe that terrorist activity is likely the reason,” he said, referring to the crash.

He added that the United States had no reason to doubt the group’s claim of responsibility.

Islamic State also published a photo of what it said were passports belonging to deceased Russians “obtained by the mujahideen.”