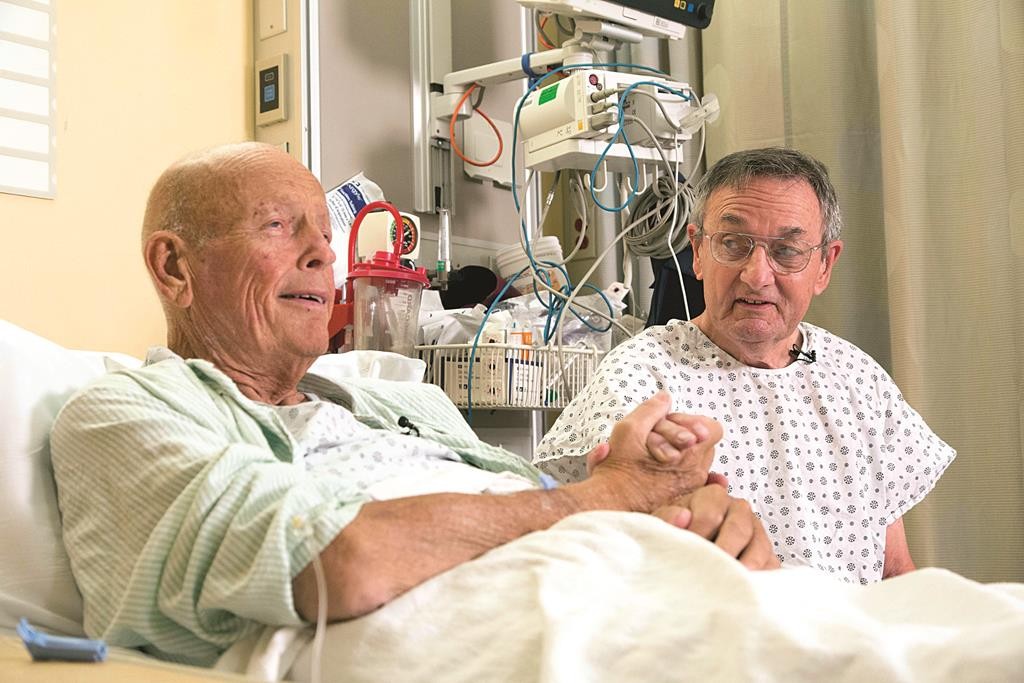 Serving together in Vietnam, John Middaugh and Henry “Bill” Warner forged an Army-brothers bond they knew was profound and lasting.

A world and nearly a half a century away from the war zone where they’d counted on each other, Middaugh put himself on the line for Warner this month in a new way: by giving one of his kidneys.

“He had my back many times,” Middaugh said as they awaited surgery last week at NewYork-Presbyterian/Weill Cornell Medical Center, across the country from his home in Port Orchard, Washington. “So this is payback time.”

Both are now 73. Warner, of Brightwaters, New York, had been through the wringer since his kidneys failed after heart bypass surgery in June 2014, abruptly thrusting him into dialysis.

But, “we got through Vietnam, and we’ll get through this,” Warner said.

“Hey, Bill,” Middaugh joked, “we got a PT formation tomorrow.”

Their connection goes back to March 1968. Middaugh was a high school dropout from Detroit who had enlisted; he’d already completed a tour in Vietnam. Warner was a draftee who had grown up on Long Island. Both had completed officer candidate school, and Middaugh was the company commander. Warner would be a platoon leader and, later, the company’s executive officer.

By summer 1968, they were near the northern border of what was then South Vietnam. During the ensuing months of fighting, when they got a respite, they passed the time talking: about what they’d do after the Army, about the countryside around them, about the world.

“When you live through those experiences, you have that bond,” Warner said, and it lasted after their service together ended in January 1969.

Warner was discharged that year and went on to a career in the computer industry. Middaugh did a third tour in Vietnam, and retired from the army in 1979. Each married, and each raised two sons and a daughter.

Over the years and miles, they stayed in touch and got together for reunions. They carried with them their memories and wounds. And Middaugh kept in mind a leadership principle the Army had taught him: “Know your men and look out for their welfare.”

So when Warner needed a kidney, and a relative and some other would-be donors proved incompatible, Middaugh didn’t hesitate to jump in. “He would do the same for me,” he says.

They’ve gotten encouragement from men they served with, proud to see them “still helping each other after all these years,” Warner said.