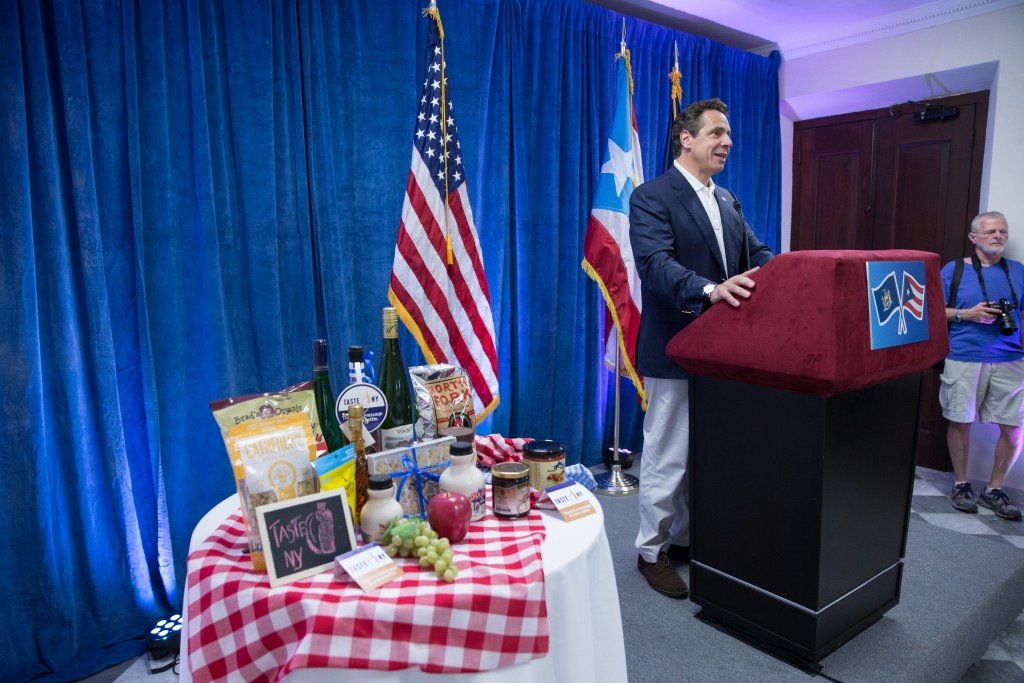 De Blasio, who said he was participating on behalf of the 700,000 Puerto Ricans in New York City as well as the entire island, called on Congress to ensure the island gets a “fair share of Medicaid dollars.”

“It is not just a health care crisis, and a humanitarian crisis in the making, it’s worse than that,” de Blasio said. “The fact that our federal government does not treat Puerto Rico fairly on Medicaid … is deepening the financial crisis” on the island.

Nearly 70 percent of Puerto Rico’s population relies on Medicare or Medicaid, and officials warn that potential cuts in current payments starting next year could add up to $3 billion through 2017. If the cuts are implemented, the island’s health care system will start to collapse.

“The fight is just beginning,” Cuomo said. “The federal administration is being unfair to Puerto Rico.”

Earlier on Thursday, Cuomo said he was organizing a meeting to develop a national campaign to draw more attention to Puerto Rico’s issues. He also opened the New York State Office of Trade and Tourism in Puerto Rico, which aims to promote tourism between both places and boost economic ties.