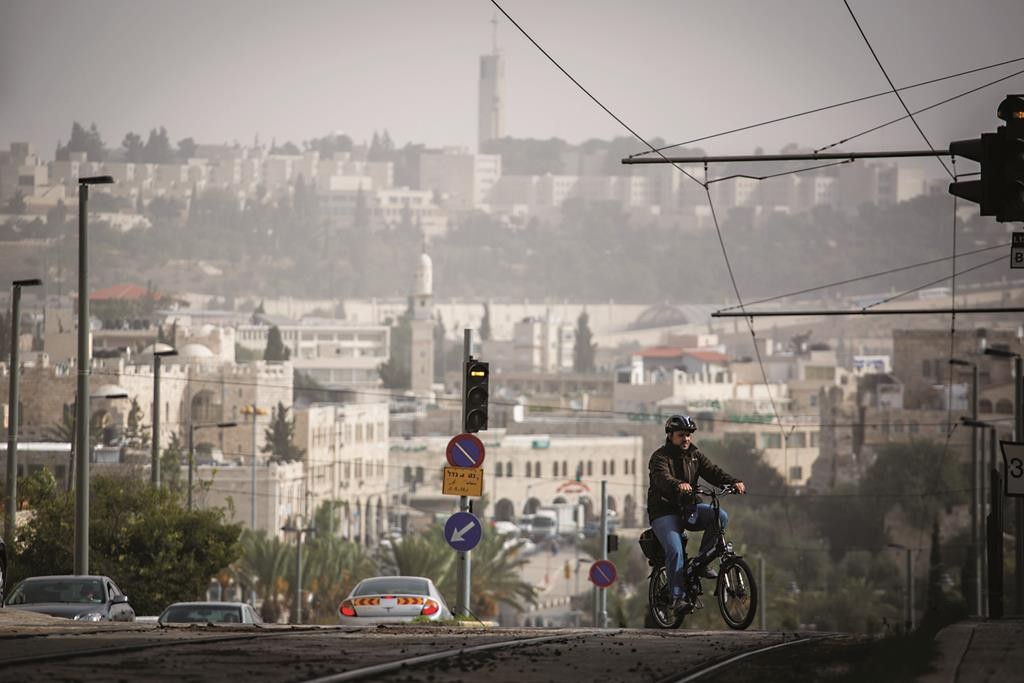 Israel’s airports were forced to curtail operations for part of Wednesday due to a sandstorm that swept the country, sharply reducing visibility.

The Israel Airports Authority closed Ben Gurion Airport for over an hour to departures at about 4:30 p.m. delaying 11 flights, the IAA said. Arrivals were unaffected.

Citing visibility levels of less than 3,000 feet, the IAA temporarily cancelled both departures and arrivals at the Eilat Airport early Wednesday morning. It was fully reopened by 4:00 pm.

In mid-afternoon, the IAA decided to ground operations at Sde Dov Airport in Tel Aviv, also due to poor visibility.

Health warnings were issued by the Environmental Protection Ministry as air pollution levels were measured at 15-20 times the norm. People with cardiac and respiratory conditions were advised to stay indoors as much as possible.

The meteorological service said the pollution was caused by strong air currents carrying in dust from Jordan and Saudi Arabia. Stormy weather including high winds, rain and fluctuating pollution levels were forecast for Thursday and Friday.

After widespread power outages during heavy rain last week that brought down a storm of criticism on the Israel Electric Corporation, the IEC sought fit to put out an early warning, saying that “the combination of dust and rain has the potential to disrupt electricity supply and the company has readied itself accordingly.”