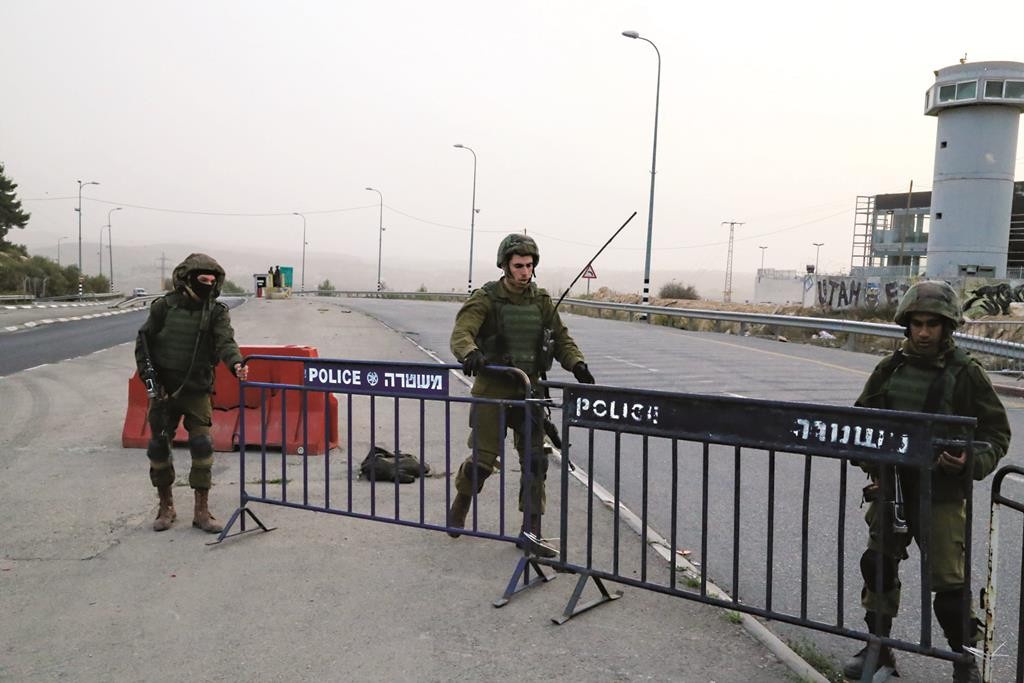 A Palestinian terrorist rammed his car into three Israeli Border Policeman, critically wounding one of them, at a junction near Halhul on Highway 60 on Wednesday afternoon.

MDA paramedics treated the 20-year-old policemean at the scene and then evacuated him to Hadassah University Medical Center in Ein Kerem. A hospital official said that the critically injured man was fighting for his life.

There was no word on the condition of the two others who were injured.

Security forces later caught up with the driver and shot him dead, police said.