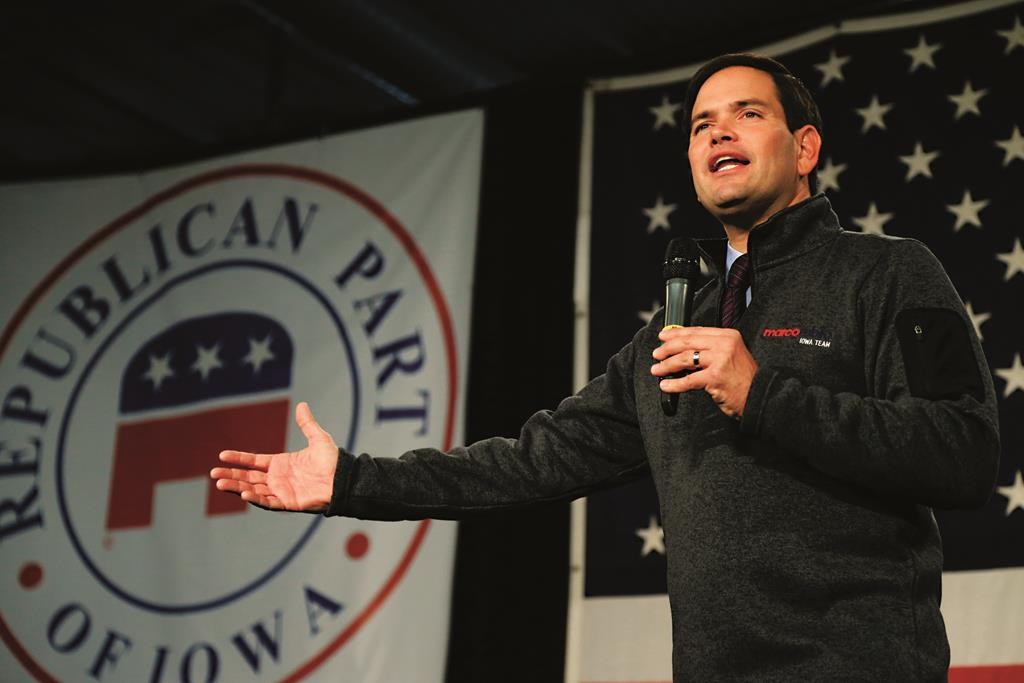 For many Republicans, Marco Rubio’s attempt to push immigration reform through Congress is a blemish on an otherwise sterling set of conservative credentials. And if recent barbs from influential movement conservatives and Republican primary front-runner Donald Trump are any indication, it may be the tallest barrier between the Florida senator and the presidential nomination.

After three strong debate performances and an endorsement from pro-immigration Republican billionaire Paul Singer, Rubio, the hard-charging son of Cuban immigrants, is receiving fresh scrutiny for his co-authorship of the ill-fated 2013 overhaul that would have created a pathway to citizenship for millions of undocumented immigrants. The ascent of Rep. Paul D. Ryan, who also supports immigration reform, to House speaker last week has prompted a resurgence of fears on the right about “amnesty” if a pro-immigration figure like Rubio or Jeb Bush wins the White House.

“Rubio’s role as [Democratic Sen.] Chuck Schumer’s frontman for the Gang of Eight bill should come under scrutiny,” said Mark Krikorian, an activist for more restrictive immigration policies. “There are a lot of conservatives who want to like Rubio. His task is to give them a way to forgive him, and I don’t think he’s really done that yet.”

Rubio’s current position on how to deal with immigration is rather nuanced, triangulating between the pro-immigration wishes of Republican donors and the anti-immigration leanings of the voter base. He remains open to creating a pathway to citizenship for undocumented immigrants and boosting merit-based legal immigration, but no longer supports a comprehensive effort and wants to first toughen border security, a top conservative demand. Though he hasn’t precisely defined what a “secure border” would entail, the stance, discussed in his 2014 book American Dreams, is what he emphasizes on the campaign trail. Perhaps that’s not surprising, given that polls show that a majority of Republicans want to decrease immigration flows and deport people who are in the country illegally.

“It’s very close to where we need to start sorting presidential candidates down on that line,” said Rep. Steve King of Iowa, an outspoken immigration hawk. “The immigration issue is an existential threat to the constitutional republic of the United States. If we continue this cultural transformation through a willful immigration policy, America is unrecognizable in the very short-term. … So it’s that big a threat, which means we have to have a president who gets this right.”

Over the weekend, Republican front-runner Donald Trump elevated his attacks on Rubio as “weak” on illegal immigration and favoring “amnesty.”

“He was a member of the Gang of Eight, which basically wanted to have everybody come in and take over our country,” Trump told Bloomberg’s Mark Halperin and John Heilemann in an interview Monday. “All of a sudden he went down in the polls, and he immediately changed and got out. He’s totally driven by what the public thinks.”

Another potential threat to Rubio is rival Ted Cruz, the Texas senator who voted against the 2013 bill and prides himself on being an illegal-immigration hawk. Though Cruz has so far not gone after Rubio, his well-financed campaign and super PACs (which have raised more than $60 million combined) might not be so kind if the Floridian keeps gaining traction. Cruz is currently polling fourth — fewer than 3 points behind Rubio — in an average of recent national Republican surveys. Cruz has a needle to thread because, unlike many conservatives, he’s an avowed advocate of legal immigration, having supported a five-fold increase in the H-1B skilled guest worker program. The Texan wooed King during a two-day pheasant hunt over the weekend.

King said Ryan’s ascent to speaker has elevated concerns about illegal immigration in a way that strengthens Trump and Cruz due to their strong opposition to providing legal status, “and it probably weakens the others.” (Ryan has ruled out immigration reform under President Barack Obama, but not beyond that.)

Among the serious Republican contenders, only Rubio and Jeb Bush are open to legal status for undocumented immigrants. While Rubio wants a piecemeal effort that ends in a pathway to citizenship, Bush wants a comprehensive effort that includes border security and legal status but without the option of citizenship. Bush is arguably suffering more than Rubio with the GOP base for his pro-immigration position — a recent Bloomberg Politics Iowa poll found that 63 percent of Republicans are less likely to support him as a result of his support for a “path to legal residence for immigrants who are in this country illegally.”