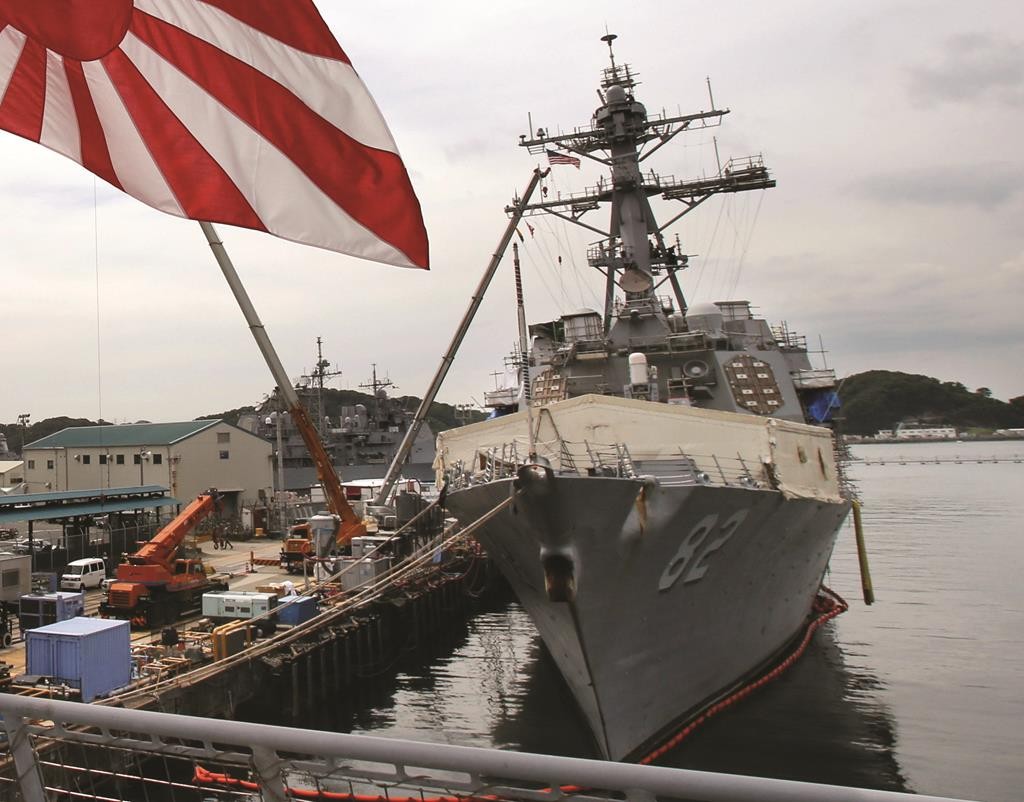 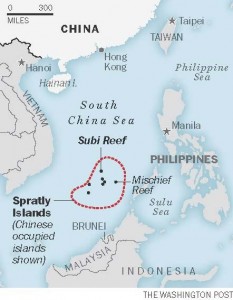 A U.S. Navy warship sailed past one of China’s artificial islands in the South China Sea on Tuesday, in a challenge to Chinese sovereignty claims that drew an angry protest from Beijing, which said the move damaged U.S.-China relations and regional peace.

China’s Foreign Ministry said authorities monitored and warned the USS Lassen as it entered what China claims as a 12-mile territorial limit around Subi Reef in the Spratly Islands archipelago, a group of reefs, islets, and atolls where the Philippines has competing claims.

“The actions of the U.S. warship have threatened China’s sovereignty and security interests, jeopardized the safety of personnel and facilities on the reefs, and damaged regional peace and stability,” the ministry said on its website.

“The Chinese side expresses its strong dissatisfaction and resolute opposition,” the statement said.

The sail-past fits a U.S. policy of pushing back against China’s growing assertiveness in the South China Sea. U.S. ally the Philippines welcomed the move as a way of helping maintain “a balance of power.”

Since 2013, China has accelerated the creation of new outposts by piling sand atop reefs and atolls then adding buildings, ports and airstrips big enough to handle bombers and fighter jets — activities seen as an attempt to change the territorial status quo by changing the geography.

Navy officials had said the sail-past was necessary to assert the U.S. position that China’s manmade islands cannot be considered sovereign territory with the right to surrounding territorial waters.

The U.S. says it doesn’t take a position on sovereignty over the South China Sea but insists on freedom of navigation and overflight. About 30 percent of global trade passes through the South China Sea, which also has rich fishing grounds and a potential wealth of undersea mineral deposits.

China says it respects the right of navigation but has never specified the exact legal status of its maritime claims. China says virtually all of the South China Sea belongs to it, while Brunei, Malaysia, the Philippines, Taiwan and Vietnam claim either parts or all of it.

State Department spokesman John Kirby said Tuesday the U.S. has a right to freedom of navigation in international waters, and such maneuvers “should not be construed as a threat by anybody.” He said the U.S. wants relations with China to continue to deepen.

“The U.S.-China relationship is vitally important and one that we want to see continue to improve and to grow for the benefit of both our countries, not to mention the region,” Kirby told reporters in Washington.

Beijing’s response closely mirrored its actions in May when a navy dispatcher warned off a U.S. Navy P8-A Poseidon surveillance aircraft as it flew over Fiery Cross Reef, where China has conducted extensive reclamation work.

A Defense Department official, who spoke on condition of anonymity to discuss the Lassen’s movements, said the patrol was completed without incident. A Pentagon spokesman, Navy Cmdr. Bill Urban, declined to comment.

Speaking to foreign correspondents in Manila, Philippine President Benigno Aquino III said he supported the U.S. naval maneuvers as an assertion of freedom of navigation and as a means to balance power in the region.

“I think expressing support for established norms of international behavior should not be a negative for a country,” he said. “I think everybody would welcome a balance of power anywhere in the world.”

Without identifying China by name, he said “one regional power” has been making “controversial pronouncements” that must not be left unchallenged.

The Obama administration has long said it will exercise a right to freedom of navigation in any international waters.

“Make no mistake, the United States will fly, sail and operate wherever international law allows, as we do around the world, and the South China Sea is not and will not be an exception,” Defense Secretary Ash Carter said earlier this month.