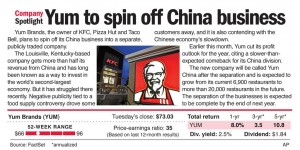 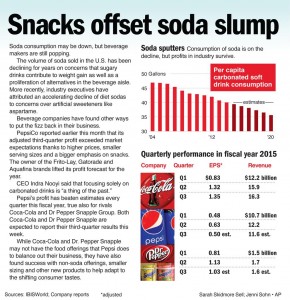 Major indexes wavered between small gains and losses for most of the day before settling slightly lower in the last 15 minutes of trading. The slide in crude oil prices deepened.

Investors are mostly focused on corporate America the next couple of weeks as the third-quarter earnings season unfolds. This week and next week are particularly heavy, with big companies including Coca-Cola, Procter & Gamble and Apple reporting earnings.

Traders are trying to glean whether the global economy is slowing and how U.S. companies are coping with factors like the stronger dollar, which can crimp profits for companies as their goods become pricier overseas.

Tuesday’s tentative trading action suggests investors are not sure what to make of the earnings season so far, said Chris Gaffney, president at EverBank World Markets.

“Everybody’s watching earnings and it’s been mixed so far,” Gaffney said. “We went into this earnings season with lowered expectations and even in spite of that we’re seeing some misses.”

Weak hardware sales and the impact of the strong dollar hurt IBM’s results in the third quarter. The company, which reported its latest results late Monday, was among the stocks to slump on Tuesday as investors sized up earnings. The stock weighed heavily on the 30-stock Dow, losing $8.58, or 5.7 percent, to $140.64.

Harley-Davidson sank 13.9 percent after the company reported a drop in third-quarter profit and cut its forecasts for motorcycle shipments. Harley shares slid $7.80 to $48.25.

About 57 percent of the companies in the S&P 500 index report earnings over the next two weeks. That works out to about 117 companies this week, including Boeing, General Motors and eBay on Wednesday.

“The major data points for investors are really still going to be with earnings, getting a sense of how confident businesses are, demand and pricing,” said Eric Wiegand, senior portfolio manager at U.S. Bank Wealth Management.

SanDisk climbed 4.4 percent on media reports indicating that the data storage company was in advanced talks to sell itself to rival Western Digital. SanDisk gained $3.19 to $75.19. Western Digital fell $5.62, or 7 percent, to $74.86.

Investors also bid up shares in Team Health Holdings on news that AmSurg is offering to buy the health care staffing and services company in a cash-and-stock deal worth about $7.8 billion. Team Health vaulted $10.09, or 19.2 percent, to $62.59.

Yum Brands, which owns KFC, Pizza Hut and Taco Bell, rose 1.8 percent after saying it plans to spin off its China business, which has stumbled recently. The stock added $1.32 to $73.03.