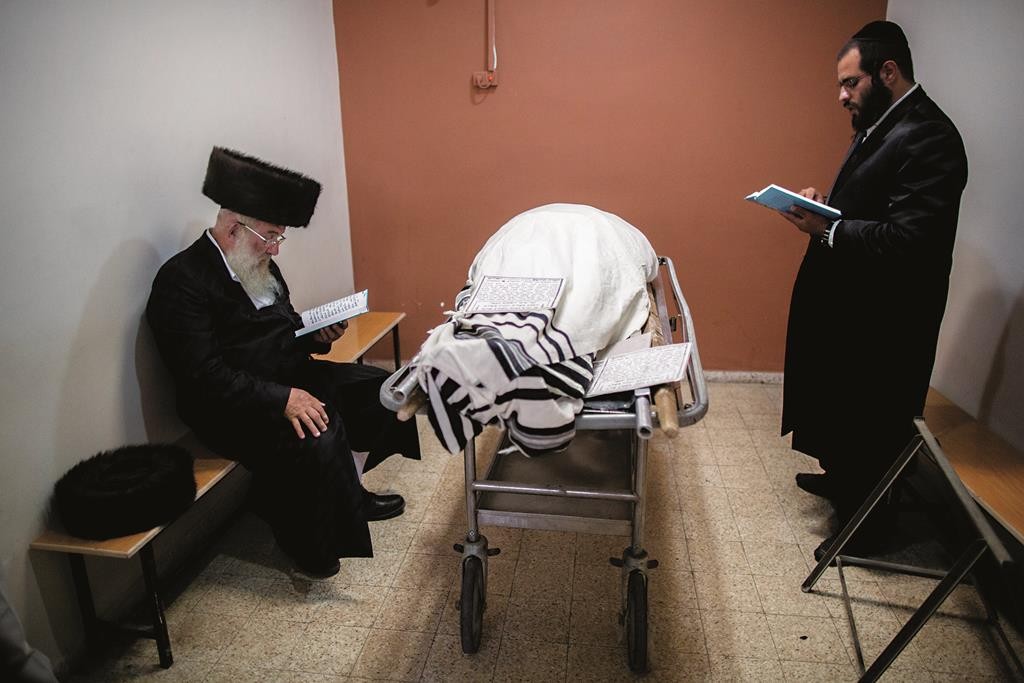 Mrs. Adele Benita’s husband Aharon, Hy”d, was murdered in the Old City on his way back from the Kosel on Motzoei Shabbos, Leil Hoshanah Rabbah. Mrs. Benita was stabbed 17 times and was released today from Hadassah Ein Kerem Hospital, together with her two-year-old son, who was also injured.

Dr. Nan Pekarski, head of Hadassah’s orthopedic department, said that Mrs. Benita arrived 10 days ago in critical condition. She had lost a tremendous amount of blood and was in shock.

Rabbi Nechemia Lavi, Hy”d, came out of his house when he heard Mrs. Benita screaming for help and tried to get to her. He did not realize that the terrorist was behind him. He was stabbed to death. It is hard to forget the interview where Mrs. Benita shared her horrifying story — how she asked for help and ran to look for border police forces while the Arabs around her laughed and cursed.

“It pained me,” Mrs. Benita said today, “that this injury signaled the new wave of terror [currently in Eretz Yisrael]. I am sure that the authorities will do everything they can so that we can get back and live in peace.

“I am living here with 17 injuries,” she added, “and thousands of injuries in my soul that will never heal. Hashem should help me. I thank the Ribbono shel 0lam for all the miracles that He did for my children. I am sure that many will remember that same Motzoei Shabbos; any human being that has a drop of human soul cannot forget such a day forever. Every human being with common sense believes that you are not allowed to murder innocent people. I have a long, hard way in front of me, but with your support and the strength that my husband left me, I will be able to continue.”

Mrs. Benita thanked the Israeli police, the IDF, Prime Minister and Mrs. Netanyahu, Defense Minister Moshe Ya’alon, and Health Minister Rabbi Yaakov Litzman, all of whom gave support and strength. She also wholeheartedly thanked Hadassah Hospital for the care she received. Mrs. Benita impressed everyone around her with her strength and determination to get better and to start her life as a mother of two young orphans.