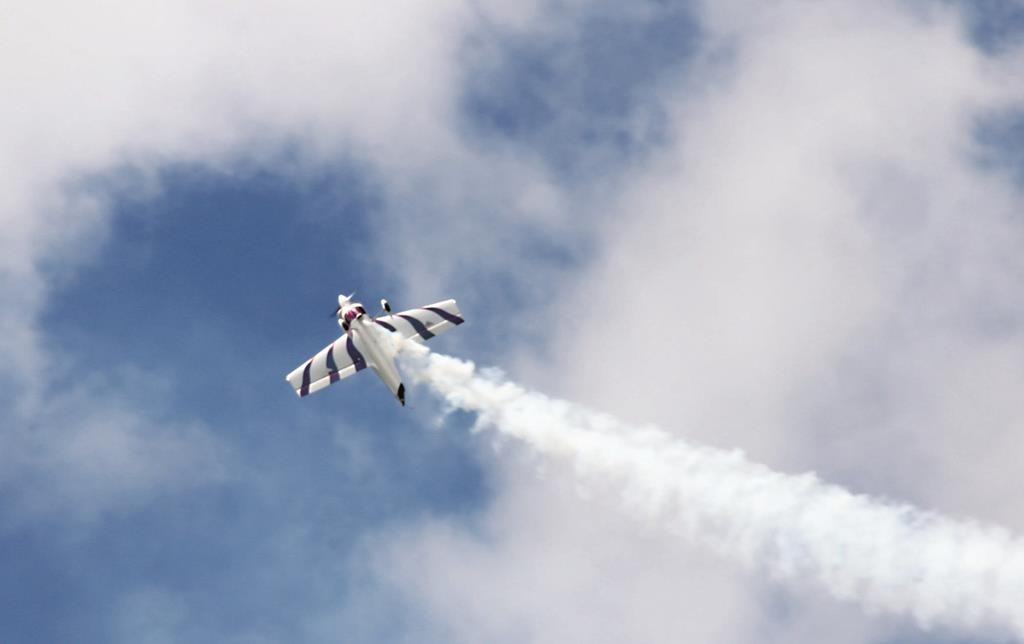 The first-ever New York Air Show opened Saturday with a moment of silence and tributes to mark the death a day earlier of a Texas stunt pilot killed when he crashed during practice.

Daredevils spiraled, corkscrewed and rolled through sunny skies in New Windsor, about an hour north of New York City, the same day a National Transportation Safety Board investigator arrived to examine the death of stunt pilot Andrew Wright.

Pilot Mike Wiskus of Minneapolis said the maneuvers were safe despite the death of Wright, 53, whose single-engine plane crashed in a marshy area.

“There are a lot of maneuvers I could do that would really blow people away, but I don’t,” he said. “I want to be sure the maneuvers I do will not put anybody in danger.”

Wiskus opened the show in a plane trailing smoke that circled a West Point jump team descending to the ground with an American flag.

“He loved the excitement, the thrill and adrenaline of aerobatics,” Strain said.

He said Wright, a chief technology officer for a cyber-security company based in Toronto, had flown over 1,000 hours in his Giles 202 aircraft and had flown competitively and in shows since 2001.