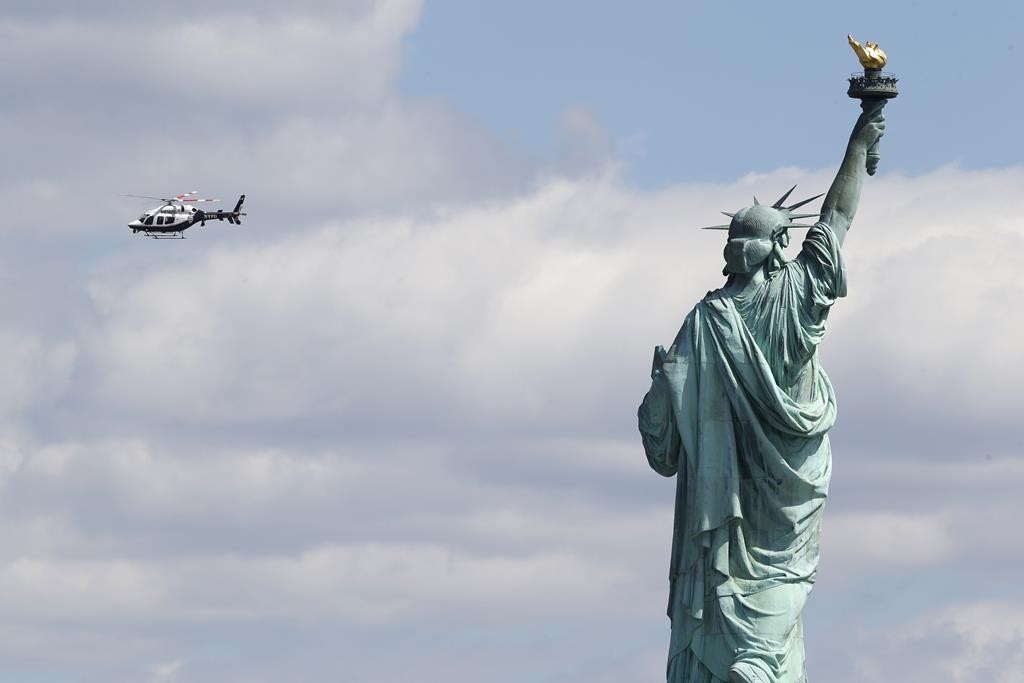 A man who identified himself as a 1993 World Trade Center bombing conspirator and threatened to “blow up” the Statue of Liberty in April, forcing the evacuation of Liberty Island, has been arrested, federal authorities announced Wednesday.

Jason Paul Smith, who said in a 911 call he was Abdul Yasin, was arrested in Lubbock, Texas, where he’s charged with conveying false and misleading information and hoaxes.

The West Virginia man said he was Yasin, the only conspirator not to be captured in the 1993 bombing, and was an “ISI terrorist” when he called 911 from his iPad to say “that ‘we’ were preparing to ‘blow up’ the Statue of Liberty,” FBI special agent Alexander Hirst wrote in a complaint filed in federal court in New York.

Smith, 42, could face up to five years in prison if convicted.

More than 3,200 people were removed by boats following the April 24 call, and bomb-sniffing dogs were brought in to make a sweep of the island before officials determined there were no explosives. The statue, one of the nation’s most visited landmarks, reopened the next day.

Smith, who attended a school for the deaf and the blind, used a service for the hearing impaired to place the emergency call, Hirst wrote.

On May 18, two other emergency calls made via the calling service for the hearing impaired — one threatening to “blow up a bridge at Times Square” and another threatening to kill officers at the Brooklyn Bridge — were made from an iPad at Smith’s West Virginia address by a user who identified himself as an “Isis [Al-lah] Bomb maker,” Hirst wrote.