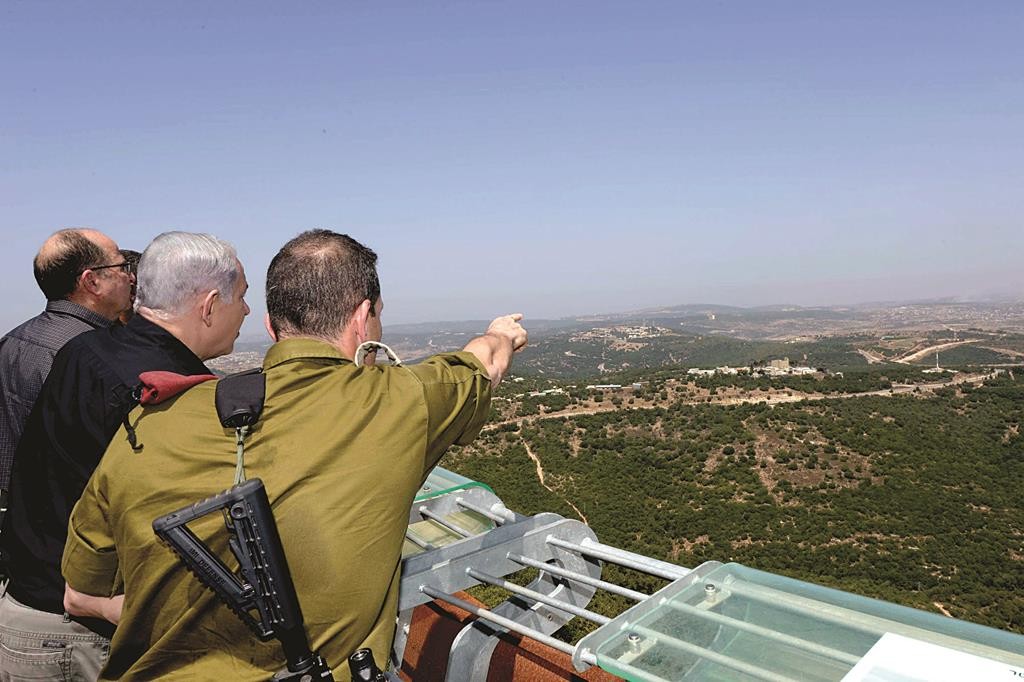 During a tour of the northern border on Tuesday, Israeli Prime Minister Binyamin Netanyahu called attention to Iran’s unrelenting belligerence, warning again that money made available to it from lifting of sanctions will be used for terrorism.

“The leader of Iran, [Ayatollah Ali] Khamenei, said yesterday, and I quote, ‘We will use all means to support all those who fight Israel’,” Netanyahu said.

“Iranian foreign Minister [Mohammad Javad] Zarif said a few days ago in Beirut after meeting the head of Hizbullah, Hassan Nasrallah, that the nuclear deal has provided a historic opportunity against the Zionist entity.”

These comments, the prime minister said, bear out as “accurate and true” what Israel has been saying all along: “The money that will flow into Iran as a result of the [nuclear] accord will go to strengthen the terrorist organizations that work against us.”

Defense Minister Moshe Yaalon, who accompanied Netanyahu on the visit, said, “All is not quiet on the Golan front, and those who seek for it not to be quiet are the Iranians, who are trying to send proxies to conduct terror attacks against us.”

“Representatives of the [Iranian] Revolutionary Guards are in fact waiting for the implementation of this bad deal with world powers, in order to bring more money to Hizbullah, more to other terror groups – in both the Golan Heights and the Palestinian arena.”

In a briefing with reporters on Sunday, Yaalon said that “it’s clear that Iran is behind all of the terror attacks here [in the Golan] in the past two years. “The Iranians are using the border – they establish units – whether it’s [Jihad] Mughniyeh, [Samir] Kuntar, and more – to carry out [the attacks].”

The Israeli news media carried reports earlier in the week about IDF preparations for a possible ground operation on the Syrian side of the Golan Heights in the event of sustained rocket strikes or coordinated terror attacks against Israel either by Sunni jihadists or Hizbullah operatives.

However, it was not clear whether it was anything more than part of the range of contingency plans that the military must keep at the ready, as opposed to a sign of something of greater likelihood.